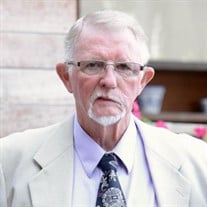 Warren D. Nelson, 82, of Battle Lake, formerly of Ashby, died Friday, May 13, 2022, at his residence under the care of his family and Knute Nelson Hospice. Warren Dean was born April 20, 1940, to Kenneth and Evelyn (Haroldson) Nelson in Dalton. Originally from Dalton, Warren graduated from Fergus Falls High School in 1958 and joined the U.S. Army. Upon discharge in 1962, he attended Fergus Falls Junior College before getting his Bachelor's degree in Business Education/PE and Health from Mayville State College in 1967. On September 3, 1966, Warren married the love of his life Marlene "Marnie" Frisbie in Elbow Lake. He taught and coached at Thompson, ND High School for five years, and in 1973, came to Ashby, where he and Marnie raised their three children. Warren spent 26 years as secondary principal, teacher, and coach before retiring in 1999. Warren served on many boards over the years; the Ashby School Board (13 years), Region I (13 years), Lakes Country Cooperative (6 years), MASSP State Principal's (3 years), Ashby City Council (3 years), and various church councils. In 2021, Warren was a recipient of the Ashby Legacy Award. Within the school, he coached the Ashby Knowledge Bowl for 25 years and was the Advisor for Student Council and National Honor Society. Warren coached various sports from junior high through varsity over 35 years and also played/managed the Ashby A's for many years. He is proud to say he was an active player in amateur (town-team) baseball in five decades (1955-1995). Coaching junior high athletes, Warren stressed fundamentals so they would have the skills necessary to succeed. He was always fair and positive in the classroom as well. He encouraged students to put their best effort forth. It was important to Warren that kids knew they were valued, that parents needed to be role models and that teachers were there to require good work to be done as demanded. Preceding him in death were his son, Troy Nelson; parents, Kenneth and Evelyn Nelson; brother, Kenwood; sister, Kay; and father and mother-in-law, Milton “Bud” and Maxine Frisbie, and sister-in-law, Pat Chayer. Warren is survived by his wife, Marnie; children, Rob and his wife, Lucinda, and Tanya Maethner and her husband, Kurt; grandchildren, Brady Warren Nelson and his wife, Tracy, Zakary Nelson Justice, and Addison Troy Maethner; brothers, Gary (Linda) Nelson and Carroll (Joyce) Nelson; sister-in-law, Barb Nelson; brother-in-law, Roger Chayer; many nieces and nephews, and his best friend, Dwight (Wendy) Walvatne. In lieu of flowers, memorials may be directed to the Ashby Legacy Fund. Memorial Service: 1:00 p.m. Sunday, May 22, 2022, at the Ashby Public School in Ashby, MN. Clergy: Reverend Wes Moir Interment: Ten Mile Lake Lutheran Cemetery, Dalton, MN at a later date. Arrangements provided by Olson Funeral Home in Fergus Falls. Online condolences may be sent to www.olsonfuneralhome.com

Warren D. Nelson, 82, of Battle Lake, formerly of Ashby, died Friday, May 13, 2022, at his residence under the care of his family and Knute Nelson Hospice. Warren Dean was born April 20, 1940, to Kenneth and Evelyn (Haroldson) Nelson in Dalton.... View Obituary & Service Information

The family of Warren Nelson created this Life Tributes page to make it easy to share your memories.