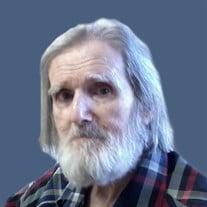 Vernon "Vern" Stich, 91, of Battle Lake, died Monday, October 21, 2019, in the loving care of the staff of Villa Maria Nursing Home in Fargo, North Dakota. Vernon Clemence Stich was born in Leaf Mountain Township, Otter Tail County, July 27, 1928 to Katherine "Katie" (Koeplin) Stich and Thomas Paul Stich. He left school after the fourth grade and worked for farmers in the Urbank and Millerville area to help supplement the income of his family. In 1948 he enlisted in the Army and served in two separate periods until 1951. In 1952 Vern was sitting at a table in "The Spot" in downtown Fergus Falls with his brother Norbert "Norp". They saw a beautiful "girl" with long, wavy auburn hair at the counter. Norp dared his brother to go talk to her. Vernon and the beautiful "girl" (her name was Barbara Jean Will) were married on October 30, 1952. They had six children all with names that began with the letter "K". Christmas cards were often addressed to Vern and Barb & the 6 K's. In their first years of marriage, Vernon worked for Swedberg Floral in Fergus Falls and also North Star Dairy where he would drive a route and stop in at farms to pick up milk in 10-gallon, double handled cans. On a few occasions he took his oldest son on the route. His son remembers Dad showing off a bit by picking up a full can in each hand using only his little fingers and lifting the cans up into the back of the milk truck. Very strong. Vernon would say, "Strong, but not very smart." He was never comfortable with those big, bulk milk tankers and instead began his 32 years as a "psych tech" at the Fergus Fall State Hospital (later called the Regional Treatment Center) where he worked directly with patients on the wards. His wife, Barb, worked at the RTC for 35 years. He always thought that those three years beyond his 32 were Barb's way of quietly earning bragging rights. Back to Swedberg Floral for just a moment. Vernon always enjoyed planting the flower beds at the Fergus Court House. Arvid's wife, Evelyn Swedberg, would come along to the Court House with her designs. She would point out the where and Vernon would put the plants in the ground. At some time during the summer the family would drive by to see those gorgeous displays. Vern and Barb and the kids enjoyed many car rides on the weekends driving through the countryside. He and his wife continued to enjoy those long drives well into retirement. It was really never about the destination although Vern loved the doughnuts at Wall Drug in South Dakota. It was about the driving and about hearing Barb's beautiful alto voice as she sang along with the country music that was always playing on the radio. Vernon is survived by his children, Kim Stich of Battle Lake, Kathy Stich (David Hough) of Spring Creek, Nevada, Kay Stich of Fergus Falls, Kevin (Connie) Stich of Las Vegas, Nevada; beautiful grandchildren and great grandchildren aplenty; sisters-in-law, Joanne Stich of Battle Lake and Sally Brause of rural Fergus Falls; brothers-in-law, Ron (Alice) Will of Minnetrista, Minnesota, John Will of Hammond, Wisconsin, and Jack Barker of Battle Lake, and his best friend of many years, Dennis Kilde of Fergus Falls. Vernon was preceded in death by Barbara, his wife of 62 years; his daughter, Karla and her husband, Bradley Fossan; his parents, Thomas and Katie; his in-laws, John "Jack" and Hazel Will; his brother, Ray and wife, Jeanette; brother, Norbert and wife, Donna; youngest brother, Tom; his sisters, Elaine Barker and Marie Muchow; brother-in-law, Boyd and wife, Shirley Will; brother-in-law, Rod Brause, and sisters-in-law, Jan Will and Jeannie Will. Vernon's family would like to thank the staff of the Otter Tail County Veterans Administration Office in Fergus Falls, the VA Clinic in Fergus Falls and the VA Hospital in Fargo. Without exception Vernon found care and caring at the VA whenever he was in need. Thanks also to Hospice of the Red River Valley who watched over Vernon and eased the burden of his family in the last days of his life. Visitation: One hour prior to the service at the church Mass of Christian Burial will be at 11:00 a.m. Tuesday, October 29, 2019 at St. Edwards Catholic Church, Henning Participants: Father LeRoy Schik and Deacon Mick Froslee Interment: St. Edward Catholic Cemetery, Henning Arrangements are provided by the Olson Funeral Home of Fergus Falls. Online condolences may be sent to www.olsonfuneralhome.com

The family of Vernon C. Stich created this Life Tributes page to make it easy to share your memories.