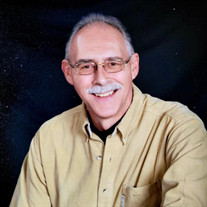 Tim (Timmy) Helander, 67, a resident of Fergus Falls, died Saturday, September 4, 2021, in Fergus Falls. Tim (Timmy) Lee was born in Wadena on October 30, 1953, to Vernal and Louise (Lattman) Helander. He was raised in Henning and attended Henning High School. He also attended Wadena Technical Institute and received a degree in accounting. He married Jean Olson in Wadena on September 17, 1977, and they made their home in Fergus Falls. They were blessed with two children, Matthew in 1983 and Laura in 1988. Tim was employed with Worner Auto Sales in parts from 1974 to 1980. He remained at Worner Auto as Parts Manager from 1980 to 1998, continuing as Parts Manager when the dealership changed to Falls Automotive until 2001. He then was parts man at Heikes Advanced Auto until 2014 and in 2015 he began working at his all-time favorite job in the parts department of Minnesota Motor in a part-time position until his health required him to retire in 2020. Throughout his life, he enjoyed snowmobiling, motorcycling, auto maintenance, boating windsurfing, downhill skiing, water skiing and volleyball. He cherished time at his childhood summer cabin on Otter Tail Lake where he loved spending time with his children, grandchildren, friends and relatives. He loved working on anything that had a cylinder and spent countless hours tinkering in the garage with his “toys”. Close to his heart were those dear friends he had for so many years from Otter Tail Lake as well as the men at Campathon, the brothers-in-law who he considered brothers and the men on his recreational volleyball team. He is survived by his wife, Jean, of 44 years; son, Matthew (Jodi) of Fargo, ND, and their children, Owen, Paige and a new baby expected in December; daughter, Laura (Justin) Rovang of West Fargo, ND, and their children, Emily and Simon; brother, Jon of Colorado Springs, CO; mother-in-law, Anna Belle Olson of Wadena; and several wonderful nieces and nephews. He was preceded in death by his parents; sisters, Karen Meyers and Jo Kruger; and father-in-law, Gordon Olson. Visitation: 10:00 a.m. – 11:00 a.m., Friday September 10, 2021, at the Olson Funeral Home in Fergus Falls. Memorial Service: 11:00 a.m., Friday, September 10, 2021, at the Olson Funeral Home Chapel in Fergus Falls. Clergy: Chaplain David Strom Interment: First Lutheran North Cemetery, Fergus Falls, MN Funeral arrangements are provided by the Olson Funeral Home in Fergus Falls, MN. Online condolences may be sent to www.olsonfuneralhome.com

Tim (Timmy) Helander, 67, a resident of Fergus Falls, died Saturday, September 4, 2021, in Fergus Falls. Tim (Timmy) Lee was born in Wadena on October 30, 1953, to Vernal and Louise (Lattman) Helander. He was raised in Henning and attended... View Obituary & Service Information

The family of Tim Helander created this Life Tributes page to make it easy to share your memories.