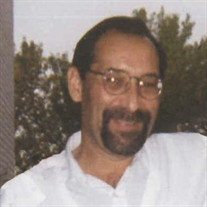 Thomas Paul Caspers, 63, a resident of Crystal, MN, died Tuesday, April 24, 2018 at his home. He was born on September 27, 1954, to Clare Edmond and Caroline Emma (Bluth) Caspers, in Fergus Falls, MN. After graduating from Fergus Falls High School in 1973, Tom earned a diploma in Broadcasting/Sales from Brown Institute in Minneapolis and went on to attend Minnesota State University in Moorhead, MN, where he studied Mass Communications. Early in his career he held positions in radio broadcasting in the greater Minnesota and Twin Cities markets. Tom was an Account Executive with SM Engineering Co. in Hopkins, MN, since 2016. He was an accomplished medical sales professional who frequently earned recognition from the medical professionals with whom he worked and achieved high patient satisfaction in his roles as a patient services representative. Tom was a gregarious, fun-loving, gentle, and kind man who loved his son Tommy, his family and friends. He always looked forward to family gatherings and spending time with his son and nephews. Tom especially enjoyed spending time with family at the lake. He enjoyed working, playing golf, and watching football. Tom was an avid reader with a great interest and impressive knowledge of the popular music scene and personalities. Preceding him in death were his parents, Clare and Caroline Caspers. Survivors include his son, Thomas Paul Caspers II of Minneapolis; granddaughter, Carmin of Excelsior; sisters, Barbara Caspers and Judy Caspers both of Edina, Mary Lindbloom of Orono; nephews, Doug Ellefson of Orono, and Jake Rudh of Minneapolis. Visitation: One hour prior to the service at the church Mass of Christian Burial: 12:00 p.m. Friday, May 11, 2018, at Our Lady of Victory Catholic Church in Fergus Falls, MN Clergy: Father Alan Wielinski Interment: St. Otto’s Catholic Cemetery, Fergus Falls, MN Arrangements are provided by the Olson Funeral Home in Fergus Falls Online condolences may be sent to www.OlsonFuneralHome.com

The family of Thomas Paul Caspers created this Life Tributes page to make it easy to share your memories.