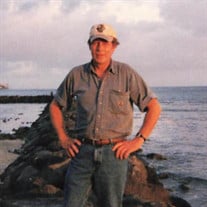 Steven Merrill Stangvik, 74, of Fergus Falls, died Tuesday, May 4, 2021, at his home under the care of LB Hospice, after a courageous battle with cancer. Steve was born July 26, 1946, to Marvil and Mabel Stangvik in Fergus Falls. He was baptized and confirmed at Bethlehem Lutheran Church in Fergus Falls. He graduated from Fergus Falls Senior High School in 1964. Steve worked at the local Go-Kart Track and Sash and Door until joining the US Air Force in 1965. He attended Basic Training at Lackland Air Force Base in San Antonio, Texas and then was assigned to Dover Air Force Base in Dover, Delaware. At Dover he trained to become an Electrician and received an honorable discharge June 16, 1971 as a Sergeant. While at Dover, he met the love of his life, Clydene, a Pennsylvania girl and they married in Altoona, PA at the United Methodist Church on February 8, 1969. Steve and Clydene returned to Fergus Falls to make their life together. He worked for Hintgen Karst Electric for 10 years and received his Journeyman’s License. In 1978 he earned his Master Electrician License as well as his Contractors License, and went on to own his own company, SS Electric for over 30-years. Some of Steve’s hobbies were Motocross racing and building off-road race cars. Steve and Clydene won the World Champion Off Road Race in 1980. The family enjoyed traveling together on weekends to the races. He loved duck and deer hunting, fishing, snowmobiling, and motorcycle riding. He also loved his traveling with his family to Hawaii, Friday date nights to the casino and all the gathering and celebrations spent with family. Steve was a member of Bethlehem Lutheran Church, American Legion Board in the 1980’s, and the Eagles since 1978. Steve is survived by his wife of 52 years, Clydene; three children, Sean (Kim) Stangvik, Jodi Stangvik, and Jennifer (Jake) Cronk; five grandchildren, Steven and Shane, Paige, Chayce, and Maci, and great-grandchildren, Zebedee and Archie, who is due in May. In lieu of flowers, memorials are preferred to the family or donor’s choice. Visitation: 5 to 7 p.m. Saturday, May 8, 2021 at the Olson Funeral Home with a public prayer service to be held at 6:30 p.m. Clergy: Chaplain Caleb Larson Military Participation: Fergus Falls V. F. W. Post 612 and American Legion Post 30 Arrangements are provided by the Olson Funeral Home in Fergus Falls. Online condolences may be sent to www.olsonfuneralhome.com

Steven Merrill Stangvik, 74, of Fergus Falls, died Tuesday, May 4, 2021, at his home under the care of LB Hospice, after a courageous battle with cancer. Steve was born July 26, 1946, to Marvil and Mabel Stangvik in Fergus Falls. He was baptized... View Obituary & Service Information

The family of Steven Stangvik created this Life Tributes page to make it easy to share your memories.