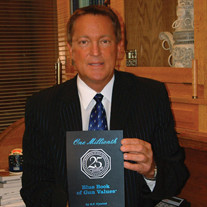 Steven Peter "S.P." Fjestad, 68, passed away peacefully at his condo in Bloomington on Monday, July 15, 2019 after a short, but courageous battle with cancer. Steve was born on July 18, 1950 in Fergus Falls to Norman and Harriet (Swendsrud) Fjestad. He attended country school at District 286 in Carlisle, MN through 8th grade and graduated from the Fergus Falls High School in 1968. He was very active with the school newspaper, serving as editor of The Otter his junior and senior years, and was in Quill and Scroll, a journalist society, which were early glimpses into his love of writing. Growing up on a dairy farm with a family of duck hunters, Steve was introduced to firearms and hunting at a young age. Steve attended the University of Minnesota and North Dakota State University after high school, and he began working for Burgess Construction Company, who were building the interstate at that time. Later, he managed a stereo and music store called Leyquist Sound Idea in downtown Fergus Falls. His love of firearms would become his life's work after he began attending shows on the gun show circuit. It was obvious Steve had a knack for firearms as he bought a Winchester Model 21 Grand American in 1976 on layaway, while working road construction- something that is worth significantly more today. In 1980, Steve moved to Minneapolis and began working as a numismatist and a gun broker with Investment Rarities. A year later, he took over the manuscript of the annual Blue Book of Gun Values. In 1988, Steve and three others founded Blue Book Publications, which over the years expanded into a robust publishing company with more than 100 titles in print and a full online offering. The 40th Anniversary Edition Blue Book of Gun Values was published in early 2019, and there are over 1.8 million copies in print. Steve was a worldwide traveler, a hobby that began in the 1970s, visiting all ends of the Earth. He particularly enjoyed Austria, Thailand, and Cabo San Lucas, Mexico. Steve was very proud of his Gold Elite Status with Delta Airlines. Steve was also into collectibles, specifically fine firearms, guitars, pool cues, autos, and music posters. He was also an avid fan of rock concerts attending hundreds of them in his lifetime. Steve was also a lifelong member of the NRA and was currently serving as a member on the board of directors and a sitting member on the Publication's Committee. Steve was also a member of the Fergus Falls Elks Club. While Steve went on to travel the world and meet thousands of people who consider him friends, he never lost his love of the farm or hunting. Steve was one of a kind and a very generous person that will be missed by many. Steve was preceded in death by his father, Norman Fjestad and his maternal and paternal grandparents. Steve is survived by his mother, Harriet Fjestad of Fergus Falls; brother, Greg Fjestad of Fergus Falls; daughters, Alison (Dan) Owen of Blaine, MN and Abby Tjaden of Portland, Oregon; two grandsons, Gavin and Graham Owen; nephew, Zachary (Jill) Fjestad of Fergus Falls; niece, Kelsey Fjestad of Edina, MN, and many friends across the country and the world. Memorials preferred to the Hedemarken Cemetery Fund c/o Zion Lutheran Church in Fergus Falls, 202 Summit Avenue East, Fergus Falls, MN 56537 Visitation: One hour prior to the service at the funeral home. Memorial Service: 10:30 a.m., Saturday, July 20, 2019, at the Olson Funeral Home, Fergus Falls, MN. Clergy: Reverend Christopher Eldredge Interment: Hedemarken Cemetery, Rothsay, MN An additional Celebration of Life will be held at a later date. Arrangements with the Olson Funeral Home of Fergus Falls Online condolences may be sent to www.OlsonFuneralHome.com

Steven Peter "S.P." Fjestad, 68, passed away peacefully at his condo in Bloomington on Monday, July 15, 2019 after a short, but courageous battle with cancer. Steve was born on July 18, 1950 in Fergus Falls to Norman and Harriet (Swendsrud)... View Obituary & Service Information

The family of Steven Peter Fjestad created this Life Tributes page to make it easy to share your memories.