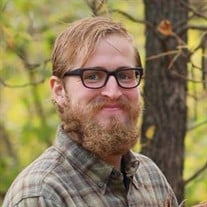 Skyler K. Graff, 29, a resident of rural Underwood, died Friday, December 14, 2018 at his home. Skyler was born on February 12, 1989 in Buffalo, MN, the son of Dale and Michelle (Kirby) Graff. He moved to the St. Louis area, where he started school. He then moved to Englewood, CO, moving to Fergus Falls in 2002 and then to East Lost Lake in 2004. He graduated from Underwood High School. After graduation he joined the United States Air Force, and did his basic training at Lackland Air Force Base in Texas. During his time in the service he was stationed in Greenland then Alaska serving in security forces. He was then deployed to Iraq and upon his return was promoted to investigator completing his service in Alaska and England. Upon his discharge from the Air Force, he returned to Underwood and worked at the West Central Turkey Plant in Pelican Rapids. He later moved to Seeley, MT, where he did a variety of trades, from white water rafting guide, to assisting in the design and building of an electric bike. He enjoyed his property in Montana, but spent his winters in Underwood with his father. During his high school years, he was involved in the debate team, National Honor Society, Academic All American and also played football. He was an avid outdoorsman. He will be fondly remembered for being kind and generous and for his smile with a twinkle in his eye. Survivors include his father, Dale Graff of Underwood; mother, Michelle Graff of Colorado; grandparents, Arthur and Joan Graff of Elk River, MN, Dennis and Judy Kirby of Trail, MN; aunts and uncles, Mary Jo (Mitch) Hoefer, Jenifer (Tim) Wall, LeAnn (Troy) Neyhart and his beloved dog, Tory. An open house visitation will be held from 4 to 7 p.m., Thursday, December 20, 2018 at Olson Funeral Home, Fergus Falls, MN.

Skyler K. Graff, 29, a resident of rural Underwood, died Friday, December 14, 2018 at his home. Skyler was born on February 12, 1989 in Buffalo, MN, the son of Dale and Michelle (Kirby) Graff. He moved to the St. Louis area, where he started... View Obituary & Service Information

The family of Skyler Kirby Graff created this Life Tributes page to make it easy to share your memories.