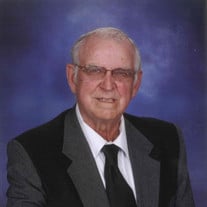 Sidney Dale Hanson, 72, a resident of Fergus Falls, died Tuesday, January 30, 2018, at his home. He was born on July 6, 1945, in Esmond, ND, to Selmer and Marcyle (Stevens) Hanson. As a small boy, the family moved to Fergus Falls where Sidney attended school. In 1965, Sidney joined the United States Air Force, and served in Vietnam. Upon his discharge in 1968, he returned to Fergus Falls where he resumed his work with Worner Auto Sales, and continued working for the Nelsons at Nelson Auto Center, even up to the time of his death. He was very fond of his co-workers, and enjoyed his job there. On January 31, 2004, Sidney married Beverly Paulson-Schulz at Immanuel Lutheran Church in Fergus Falls. The time they got to spend together was special, and they made many wonderful memories together. Sidney enjoyed going to the Viking Café every Sunday morning not only for the breakfast, but for the fellowship. His many hobbies included buying vehicles, tinkering with many things and collecting die-cast toys. Sidney was a member of The Dalton Thresherman, the Bethel Lutheran Church, and the V.F.W. Family was very important to him, especially his great-great-nieces and nephews. He found every excuse to go to the farm, and share precious time with Stanley & Doris. He rarely missed a family function, from birthday parties to holidays. While his folks were living, he stayed at home caring for them as needed. Preceding him in death were his parents, Selmer and Marcyle; wife, Beverly Schulz-Hanson; brother and sister-in-law, Stanley Sr. and Doris Hanson; and great-niece, Angie Ballard. Survivors include his nieces and nephews, LaVonne Hanson (Scott Huseth) of Elbow Lake, Stanley (Shirley) Hanson Jr. of Fergus Falls, Mary Ann (Randy) Martin of Lake Park; great-nieces and nephews, Samuel (Jessica) Aschnewitz of Fergus Falls, Megan Aschnewitz (Tim Lewis) of Fergus Falls, Benjamin Martin and Mackenzie Martin both of Fargo, ND, Justin Huseth of Rolla, ND, Melanie (Ron) Rieken of Erhard, Stacey Anderson of Fergus Falls, Terah Kraft of Alexandria. Also surviving are Beverly’s children, Ginnie (Allan) Berge of Casselton, ND, Michael (Tanya) Schulz of Marysville, WA, Robert (Linda) Schulz of Lincoln Park, MI, Roger (Tommie) Schulz of McCoy, TX, Joan (Jeff) Pankow of Tucson, AZ, and Fred (Cindy) Schulz of Phoenixville, PA., along with numerous grand and great grandchildren. Visitation: One hour prior to the service at the church Service: 10:30 a.m. Wednesday, February 7, 2018, at Bethel Lutheran Church, Fergus Falls Clergy: Rev. Ed Monson Military Participation: Fergus Falls V. F.W. Post 612 and American Legion Post 30 Interment: Bethlehem Cemetery, Fergus Falls, MN Arrangements are provided by the Olson Funeral Home in Fergus Falls Online condolences may be sent to www.OlsonFuneralHome.com

Sidney Dale Hanson, 72, a resident of Fergus Falls, died Tuesday, January 30, 2018, at his home. He was born on July 6, 1945, in Esmond, ND, to Selmer and Marcyle (Stevens) Hanson. As a small boy, the family moved to Fergus Falls where Sidney... View Obituary & Service Information

The family of Sidney Dale Hanson created this Life Tributes page to make it easy to share your memories.