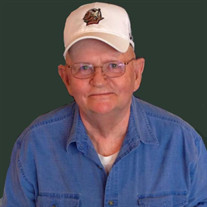 Russel Alfred Sethre, age 82, of Fergus Falls, MN, died Tuesday March 17, 2020, at Lake Region Health Care in Fergus Falls. Russel was born on August 29, 1937, in his aunt Marta’s home in Fergus Falls, Minnesota to Leonard and Dorothy (Scheidegger) Sethre. He grew up in the Campbell – Fairmount area attending school in rural Wilkin county MN and graduating high school in Campbell, MN class of 1955. He received his Associates degree from NDSCS in 1957. While in school he did a lot of carpentry work with his grandfather, Alfred Scheidegger. He enlisted in the Army serving in Texas and Germany from 1958 to 1962. During this time, he completed a course in surveying and a non-commissioned officer’s school program attaining the rank of Sergeant. He went through top security clearance for the government and was sent to Germany to run a surveying crew to do work that had to do with where to drop the bombs during the Cold War, receiving several recognition awards. On August 18, 1962, he married Kathleen Orvedahl in Wahpeton, ND. From this marriage came three children, Christopher Russel Sethre on December 25, 1964, Chadwick James Sethre on September 30, 1967, and Jennifer Marie Sethre on June 20, 1969. They celebrated their 57th wedding anniversary last August. After the Army life he completed farrier’s school, an agriculture program, and also took lessons towards his private pilot’s license. He then went back to school and received a BS degree (Social Studies, History, Psychology and Math) from VCSU, a Master’s in Education (Counseling) from UND, and another Master’s in Education, special education, and his Superintendents License from SCSU. He also completed other courses from universities in MN and the Dakota’s. As a young kid school did not come easy but with support and encouragement from his family, he finished high school and later developed a great passion for education and learning all he could. He started work as a teacher in Wahpeton, ND. Next, he went to Chisago City, MN (1964-1966) and then to Campbell, MN (1966-1970) where he was a teacher and counselor. In 1970 he moved to New Munich and was a teacher and counselor in the Melrose, MN school; he then became assistant superintendent. While living in New Munich he also started farming, raising cattle, and growing corn and grain. After earning his superintendent’s license, he moved to Ashby, MN in 1981 where he was Superintendent until 1986. He then moved to Red Lake Falls, MN where he was a superintendent and started a large international foreign exchange student housing program. In 1995 he moved to Clinton, MN where he was superintendent until he retired from MN education. After retirement from MN, he spent a few years in Waubay and Herreid, South Dakota as a superintendent. Throughout his career he worked as a teacher (Math, History), counselor, principal, and superintendent. He also taught a few college and university courses. His greatest passion was working with K-12 kids as a teacher, counselor, and principal but felt he could help the kids best by being in administration. He worked on education with local school districts and the state and federal government for preschool to adult. Russel had a great passion for horses. While going to school he worked as a farrier on weekends and in the summertime. He loved riding and training horses since he was a young boy. During his retirement, to keep busy, he really enjoyed spending time with his two ponies (Molly and Dolly) out at his nephews’ (Brad and Cheri Brause) farm by Orwell. Chad had modified a cart that the ponies would pull him around out on the back roads. His greatest joy in life, was spending time with his children, grandkids and great-grandkids. Preceding him in death were his son, Christopher Sethre; parents, Leonard & Dorothy Sethre; grandparents, Christian and Laura Sethre and Alfred and Rose Scheidegger; all his aunts and uncles, and many cousins. Russel is survived by his wife, Kathleen; children, Chad Sethre of Ashby, Jennifer Sethre of Fergus Falls; three grandchildren, Brandon (Kendal) Sethre of Ashby, Alisha (Tyson) Abbott of Erhard, Cassandra Jordan of Ashby; two great-grandchildren, Quinn Sethre (5) and Peyton Sethre(3); sister, Joyce Brause of Fergus Falls; brother, Lee (Julie) Sethre of Fergus Falls; brother-in-law, John (JoAnn) Orvedahl of Sturgeon Lake, MN, and many nieces and nephews. A memorial service will be held at a later date. Arrangements are provided by the Olson Funeral Home of Fergus Falls. Online condolences may be sent to www.olsonfuneralhome.com

The family of Russel Sethre created this Life Tributes page to make it easy to share your memories.