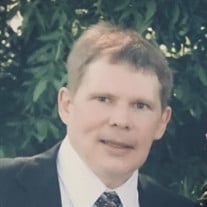 Robert “Bob” Stuart Davis, 60, of Fergus Falls, died Tuesday, November 2, 2021 at his home. Bob was born on January 14, 1961 in Alexandria, MN to Kenneth John Davis and Ethel Ingeborg (Aslagson) Davis, he was the youngest of their eight children. Bob spent most of his childhood in the Alexandria, Holmes City, and Fergus Falls communities. Among his accomplishments is managing a gas station when he moved to the Twin Cities as a young adult. Later in his life he enjoyed working for Alexandria Extrusion and Alexandria Golf Club. His cherished memories include playing and watching football, playing guitar, and most of all, time spent with his daughter, Amanda. Robert faced many hardships in his lifetime, but he overcame alcoholism and enjoyed his last 23 years in the freedom of sobriety. Bob is preceded in death by his mother, Ethel, his father, Kenneth, his brother Gary, and his sister Karen. He is survived by his brothers, Jim, Terry, Kenneth, and Rick; sister, Kay; daughter, Amanda (Stephen) Reishus; granddaughters, Emma, Audrey, and Ingrid Reishus; and grandson, Otto Reishus. He will be laid to rest near his beloved mother, at First Lutheran North Cemetery in Fergus Falls, MN. We take comfort in knowing he is with his Savior and we will see him again. Bob was deeply loved and will be very missed. Arrangements are provided by the Olson Funeral Home in Fergus Falls. Online condolences may be sent to www.olsonfuneralhome.com

The family of Robert "Bob" Davis created this Life Tributes page to make it easy to share your memories.