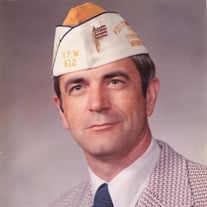 Robert (Bob) Mathias Lorsung was born May 29, 1934, to Robert A. (Bubs) and Clara (Koeplin) Lorsung in Millerville, MN and passed peacefully on June 24, 2021 at his home on Wall Lake with his wife by his side. Bob was the oldest boy in his family of twin girls and five boys. He attended eight grades at St. Mary’s Catholic School in Millerville. In his youth, he and his brothers fished the creek and captured snapping turtles. He fondly recalled working at his grandpa Koeplin’s farm in the summers and his kindness. He graduated from Brandon High School in 1952. In high school he played baseball and basketball; his love of baseball carried on through his life. While in the Navy, he played on the Pacific Rim baseball team in Japan. When he moved to Fergus Falls, he played for the Resorter’s league softball team. After graduation, Bob convinced his cousin Don to join him and enlist in the Navy. He figured they would end up being drafted and he wanted to be somewhere in warm weather. The two were guaranteed to do their boot camp in San Diego, CA together, and they enlisted. After bootcamp, Bob attended electrician school and then straight into the Korean theater in an AMPHIB because they were short of electricians there. After the conflict, his ship was reassigned to Sassebo, Japan. He was assigned to the USS Estes. The whole crew went into “nuclear classes” and later found out the Estes was going to be the flag ship for the next bomb tests in the South Pacific. Those tests were the Redwing Series at Enewetak in the Marshall Islands. In route, medical staff determined he had an infection which landed him in Tripler Army Hospital in Hawaii for several months. Upon discharge he caught up to his ship and after passing his Electricians Mate 1/C test as an E6, he was put in charge of the 22 electricians on the Estes. Once on the Estes, Bob took part in the Operation Redwing in the Pacific Proving Ground in the spring and summer of 1956. Tests were carried out at Enewetak and Bikini Atolls in the northwestern Marshall Islands. He witnessed 15 bombing tests before being honorably discharged from the Navy. Bob met his first wife Sharon Gullickson at the Minnewaska Lake Dancing Pavilion, they married in 1956 and divorced in 1974. Together they had four children, Lynn, Joseph, Jodi, and Thomas. He attended Milwaukee School of Engineering. They moved to Fergus Falls and Bob began his 36-year career with Otter Tail Power Company. In 1977 he married Barbara Ann (Deering) Thompson, and together they raised Barb’s children, Jeani and Chris. He eventually retired from his position with Otter Tail Power as Manager of High Voltage Substation Maintenance for the Tri-State area. Bob was always busy with a second career. He revamped many houses to rental properties, held a real estate license, joined and participated in Toastmasters, was a clown in the Elks Clown Club that traveled to parades, maintained his lake property at Long Lake and Heilberger Lake, enjoyed the outdoors including hunting deer at Northhome, elk and duck hunting, ice fishing, and gardening. He coached pee wee league hockey. Barb and Bob traveled abroad to several locations, as well as many cruises with friends and family. He and Barb’s home on Wall Lake is a paradise for nature, animals, and humans. Time there had good memories of fishing from the pontoon, picking raspberries and rhubarb year after year, winter skiing and sledding trails, paddle boating and peaceful time spent in the screen porch, all with his loving wife Barb and the blended family. As a veteran he was involved in many organizations in Fergus Falls in the 1970’s. He was the first V.F.W. Commander of Post 612 to be selected as the Captain of the All-State Commanders. At the same time, he was Exalted Ruler of the Fergus Falls Elks Lodge, which was the largest lodge in Minnesota at the time. He held memberships in the Ashby Legion, Fergus Falls V.F.W., Elks Lodge, the NAAV (National Association of Atomic Veterans) and the DAV (Disabled American Veterans). He is preceded in death by his parents, Bubs and Clara Lorsung; brother, Delmar Lorsung; in-laws, Cecelia and Bill Deering, and son-in-law, Brian Bakke. Survivors include his wife, Barb; daughters, Lynn Bakke and Jodi (Mike) Boos; sons, Joseph Lorsung and Thomas Lorsung; step-children, Jeani (Tom) Trosvig and Chris (Ruth) Thompson; daughter-in-law, Kathy Lorsung: grandchildren, Benton (Abigail) Bakke, Gina (Reed) Matter, Jason (Jenny) Lorsung, Madeline Trosvig, Taylor (Gillian) Moderow, Annie Trosvig, Ian Giroux, and Tessa Trosvig; great-grandchildren, Zoe Bakke, Octavia Matter, Phoebe Bakke, Talia Matter, and Penelope Moderow; siblings, Marlene Lorsung of Alexandria, Delene (Jack) Dentinger of Louisville, KY, Vernon (special friend, Michele Wolter) Lorsung of Alexandria, Duane (Pat) Lorsung of Long Prairie, and Richard (Peg) Lorsung of Urbank; sister-in-law, Jeanette (Larry) Dorn of Fergus Falls; his cousin, Don Lorsung of Alexandria whom he fondly referred to as his brother, and many nieces, nephews, and friends. A memorial service will be held at 9:00 a.m. on Monday, July 5, 2021, at the Lorsung Lake Home on Wall Lake. Clergy: Reverend Gretchen Enoch Military Participation: Fergus Falls American Legion Post 30 and V.F.W. Post 612 Arrangements are provided by the Olson Funeral Home in Fergus Falls. Online condolences may be sent to www.olsonfuneralhome.com

Robert (Bob) Mathias Lorsung was born May 29, 1934, to Robert A. (Bubs) and Clara (Koeplin) Lorsung in Millerville, MN and passed peacefully on June 24, 2021 at his home on Wall Lake with his wife by his side. Bob was the oldest boy in his family... View Obituary & Service Information

The family of Robert "Bob" Lorsung created this Life Tributes page to make it easy to share your memories.