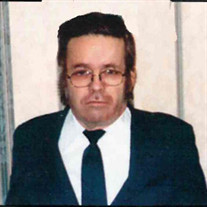 Richard Allen Runningen, 76, died Friday, August 21, 2020, at the Barrett Care Center in Barrett, MN. Richard was born June 18, 1944, to Gilford and Oressa (Sorenson) Runningen at St. Luke’s Hospital in Fergus Falls. He attended Adams Elementary School and Washington Junior High in Fergus Falls and Jefferson High School in Alexandria. He moved to Alexandria with his family in 1962. His family owned and operated the Andria Motel in Alexandria. They returned to Fergus Falls in 1963. Richard has resided in Fergus Falls since then and mostly recently was a resident at the Barrett Care Center. He was employed by M & R Sign Company in Fergus Falls from 1965 to 2003 when he retired. Richard was a former member of First Lutheran Church and a long-time member of Faith Lutheran Church in Fergus Falls. He loved to play guitar, go fishing, swimming, picnicking at the lake and snow skiing. He especially enjoyed participating in activities at his church. He also enjoyed spending time with family and friends. Preceding him in death were his parents, Gilford and Oressa, and second cousin, Jacqueline Runningen of Atlanta, GA. Richard is survived by his sister, Karen of Fergus Falls; cousins: Lee (Francine) Runningen of Bloomington and their son, Ryan; Margie (Terry) Waye of Elbow Lake and their daughters, Terrianne and Melanie; Mary (Scott) Monstead of Metairie, LA and their children, Matt and Laura; John (Janie) Runningen of Atlanta, GA and their daughter, Nicole; Duane Sorenson, Roger Sorenson, and Art Sorenson. There will be a private family viewing. Public Graveside Service: 1:00 p.m. Thursday, August 27, 2020, at Trinity-Faith Cemetery in Fergus Falls. Clergy: Reverend Jay Weideman Assistance provided by the Olson Funeral Home in Fergus Falls. Online condolences may be sent to www.olsonfuneralhome.com

The family of Richard Runningen created this Life Tributes page to make it easy to share your memories.