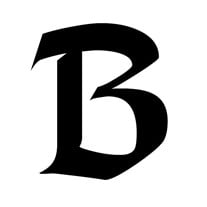 Richard “Rick” Sherman Bock, 71, a resident of Fergus Falls, died Wednesday, April 4, 2018, at the Broen Home in Fergus Falls. Rick was born on November 19, 1946, in Fargo, ND, the son of John and Cleone (Daniels) Bock. He graduated from North Sargent High School in Gwinner, ND, in 1964. Rick attended college at Valley City ND State University and graduated from there in 1968. In 1973, Rick married Loydine Burkey in Wilmington, DE. Rick was a teacher, personnel manager at Bobcat, a hospital administrator, and thrift store manager during his career. He enjoyed fishing, hunting, music, and relaxing at one of his favorite places, the family cabin on Stalker Lake near Dalton, MN. Rick was always a popular uncle to all of his nieces and nephews. Survivors include his son, Alex (Guin) Lucard of Linthicum, MD; brother, Duane (Mary) Bock of Willmar, MN; sister, Marilyn Mohn of Gwinner, ND; and nieces and nephews. Rick was preceded in death by his parents. A private memorial service will be held at a later date.

The family of Richard "Rick" Bock created this Life Tributes page to make it easy to share your memories.