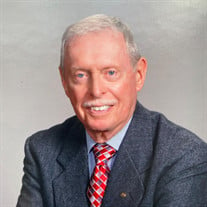 Philip Arthur Sundberg, 84, of Ottertail, died Wednesday, December 4, 2019, at Sanford Health, Fargo, ND with all of his family at his side. He was born in Fergus Falls on June 24, 1935, to Arthur and Ruth (Bergan) Sundberg. He graduated high school in Fergus in May of 1953, and married his high school sweetheart, Marcy Amy (Johansen) Sundberg in July of 1954. He enlisted in the US Air Force in April of 1955 and was Honorably Discharged in April of 1959. He was stationed in Texas, Mississippi, Guam, and Oklahoma, as an Air Traffic Controller. He received the Air Force Good Conduct medal and Outstanding Unit awards. After his discharge from the military, he went to work for Otter Tail Power Company where he held varying positions in the cities of Morris, MN; Milbank, SD; Fergus Falls, MN; Bemidji, MN; and Hallock, MN. He retired as the District Manager of OTP in Hallock after 38 years with the company. Phil was a member of many community organizations including the Lions, Kiwanis, and Elks clubs. He served on the Economic Development Committee in Hallock, City Planning Commission in Ottertail, and church boards in Milbank and Bemidji, and he was a member of the Lutheran Church, where ever he lived. After retiring he and his wife moved to Ottertail, MN where they spent their time golfing and working in their yard. They did some traveling, which also included visiting their two sons’ in Portland, Oregon every year. He also loved to read and do crossword puzzles. When Marcy was diagnosed with Alzheimer’s, he became her caregiver and remained dedicated to her until the end. Preceding his death are his parents, Arthur and Ruth, and his only sister, Marion (Sundberg) Carlson. Survivor’s include Marcy, his wife of 65 years, who lives in Perham now; his son, Lance in Portland, OR, and his son Brad in Ottertail. We will miss and love him forever. He was a loving husband, a wonderful father, and our best friend. Visitation: 4:00 p.m. - 6:00 p.m., Sunday, December 8, 2019 at the Olson Funeral Home, Fergus Falls, MN. Visitation will resume one hour prior to the service at the church. Service: 1:30 p.m., Monday, December 9, 2019, at Calvary Lutheran Church in Perham, MN. Clergy: Reverend Dennis Preston Interment: Oak Grove Cemetery, Fergus Falls, MN Arrangements provided by Olson Funeral Home, Fergus Falls. Condolences may be sent online at www.olsonfuneralhome.com

Philip Arthur Sundberg, 84, of Ottertail, died Wednesday, December 4, 2019, at Sanford Health, Fargo, ND with all of his family at his side. He was born in Fergus Falls on June 24, 1935, to Arthur and Ruth (Bergan) Sundberg. He graduated high... View Obituary & Service Information

The family of Philip A. Sundberg created this Life Tributes page to make it easy to share your memories.