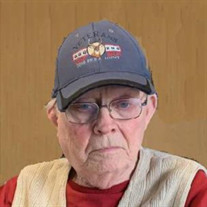 Paul Pipo, 75, of Fergus Falls, died Sunday, May 31, 2020, at the MN Veterans Home in Fergus Falls. Paul George Pipo, was born on February 26, 1945, in Alexandria, Minnesota, to George and Marvel (Sletto) Pipo. They lived in rural Moe Township. Paul attended elementary school at District 5 country school and later attended country school near Kensington, Minnesota. He finished his elementary school at Barrett, Minnesota and attended Junior High and High School at Barrett. He then furthered his education at Alexandria Vocational Technical School in Alexandria, Minnesota, where he studied to become a machinist. He worked in Minneapolis in the machinist trade and was inducted in to the U.S Army on September 26, 1968. He served in Vietnam with the First Air Cavalry and served during the TET offensive. He was awarded the Army Commendation Medal and was discharged July 17, 1970, honorably. He married Elaine Deckert, of Henning, Minnesota in October 1972, this marriage was blessed with two children, Robert Paul Pipo of Annandale, Minnesota and Amy (Matt) Meyer of Theilman, Minnesota. Paul enjoyed hunting, fishing, and shooting trap. Following his military service, he worked in the machinist trade and was hired by the Grant County Sheriff’s Department, and worked as a Deputy from 1973 to 1978. He then worked in Alexandria, as a machinist and purchased a farm in Moe Township, Douglas County and farmed for approximately 8 years. He moved to Buffalo, Minnesota, and later to Maple Lake, Minnesota and worked in the machinist trade. He later moved to the twin cities and worked at Crown Cork and Seal until his retirement. He returned to Barrett, Minnesota, and lived with his sister, Ruth Harstad, for a couple of years and due to failing health, he went to the Veterans Home in Fergus Falls, Minnesota and spent the last years of his life there. He passed away on May 31, 2020 after a short battle with cancer, at the age of 75. Paul was preceded in death by his parents, George and Marvel Pipo; sister and brother-in-law, Ruth (Emmett) Harstad; sister, Mary Grace Pipo; Baby Girl Pipo; niece, Tabitha Crawshaw, and nephew, Jesse Pipo. He is survived by his children, Robert Pipo and Amy (Matt) Meyer; grandchildren, Tyler Pipo, Austin Pipo, and Abigail, Mikayla, and Collin Meyer; siblings, Marlys (James) Fullwood of Oklahoma City, OK, Gabriel (Diane) Pipo of Garfield, MN, Lori (Roger) Hoke of Ardmore, OK, and Ardell Bolles of Evansville, MN, and also many nieces, nephews, relatives and friends. Memorial Service: 12:30 p.m. Sunday, May 30, 2021, at Finnish Apostolic Church Moe Township, Douglas County, MN Arrangements are provided by the Olson Funeral Home in Fergus Falls. Online condolences may be sent to www.olsonfuneralhome.com

The family of Paul Pipo created this Life Tributes page to make it easy to share your memories.