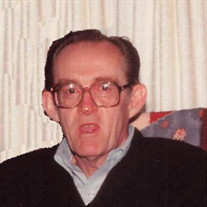 Owen Milton Lee, of Fergus Falls, MN, passed away Saturday, July 18, 2020, after reaching the age of 94. After months of failing health, he died peacefully at Woodland Lodge Assisted Living, where he had been a resident for the past five years. Owen was born May 20, 1926, in Hendrum, MN, to Oscar M. Lee and Signe Letness Lee. As a young boy, he worked hard on the farm but always found time to ride his pony “Queenie.” After his mother’s passing, the family moved to Cambridge, MN, where he graduated from high school. He then left to work on the Alaskan Highway before entering the U.S. Navy. He served from 1944-1946 during WWII. He was stationed at the Naval Air Stations in Corpus Christie, TX, Alameda, CA, and Moffet Field, Mountain View, CA. He attended the University of Minnesota graduating in 1951 with a Masters of Social Work Degree. It was while in college that he met and married Marilynn Moe. They had been married 58 years before her passing in 2009. Owen worked as a Social Worker at the Veteran’s Administration, Fort Snelling from 1951-1953. He later worked for Family Service of St. Paul and was Director at the time of his retirement in 1975. He was a highly intelligent man who was quite knowledgeable in many areas. He studied the stock market and was proud of being a successful investor. Although they did not have children of their own, they showed interest in the lives of their nephews and nieces and many neighborhood kids. While the adults would visit you could find Owen playing and giving lessons on sports. He always had a trunk full of baseballs, bats, gloves, basketballs, footballs, and golf clubs. Education was extremely important to both Marilynn and Owen and throughout the years they generously helped pay for college for dozens of young people. They also helped a number of them acquire their first home. Owen remained interested in others lives by keeping in touch and often offering advice and opinions. He was an avid golfer and took pride in his homes in Woodbury, MN, and at Lutsen, MN, on Lake Superior, where they loved to entertain friends and family. After moving to Woodland Lodge Owen enjoyed outings to his Godson’s lake home where he would enjoy playing whist, visiting, storytelling, and savoring many fish fry’s. He will be sadly missed. Preceding him in death were his wife, Marilynn; parents, Oscar and Signe Lee; step-mother, LaVerne Lee; brothers, Myron Lee and Gerald Lee; sisters and brothers-in-law, Gladys (Ted) Reksten, Ethel (Ragnar) Lundquest, and Ralph Berg, and nephews, John Reksten and Errol Reksten. Owen is survived by his sisters, Verona Berg and Karen Lee; sisters-in-law, Judith Lee and Natalie Lee; nine nieces and nephews; 18 grand-nieces and nephews, and 11 great-grand-nieces and nephews. Memorials may be sent to Zion Lutheran Church, 202 E Summit Ave., Fergus Falls, MN, 56537 or Lutsen Evangelical Lutheran Church, 5307 Highway 61, Lutsen, MN, 55612 Graveside Service: 11:30 a.m. Friday, July 24, 2020, at Oak Grove Cemetery, Fergus Falls, Minnesota Clergy: Reverend Chris Eldredge Interment: Oak Grove Cemetery, Fergus Falls, Minnesota Arrangements are provided by the Olson Funeral Home in Fergus Falls. Online condolences may be sent to www.olsonfuneralhome.com

Owen Milton Lee, of Fergus Falls, MN, passed away Saturday, July 18, 2020, after reaching the age of 94. After months of failing health, he died peacefully at Woodland Lodge Assisted Living, where he had been a resident for the past five years.... View Obituary & Service Information

The family of Owen Lee created this Life Tributes page to make it easy to share your memories.