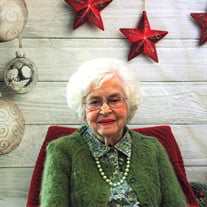 Marjorie Ann Iversen, 90, of Fergus Falls, died of complications of Covid-19, Wednesday, January 13, 2021 at the Lake Region Hospital, which is also where she was born October 7, 1930. She was the daughter of Henry and Lilly Sund (Dybdahl) of rural Fergus Falls. She attended country schools near Fergus Falls and was a proud graduate of the Fergus Falls High School class of 1948. On March 9, 1952 she married Paul N. Hansel, of Dalton and the couple settled there to raise their four children. They moved away from Dalton in 1965. After stops in Fremont NE, Portland MI, Owatonna MN, and West Fargo ND, Paul and Marjorie moved to a farm near Dalton. During this time, she was employed as the Personnel Manager of the K-Mart store in Fergus Falls. Following Paul’s death in 1992, she met and married an old elementary school classmate, Jack Iversen, of Fergus Falls. Following retirement, they travelled extensively taking cruises, road trips and flights to many areas of the world, including Norway, where she was able to meet relatives from her father’s side of the family tree. She and Jack lived in their home on Pebble Lake for several years prior to Jack’s death in 2008. She later took up residence at the Goldenwood Apartments in Fergus and spent the last year in the care of the wonderful staff at PioneerCare’s Heartland Cottage. She loved spending time with her family and friends, and serving her Christian community at First Lutheran Church, Fergus Falls and Our Savior’s Lutheran in Dalton. She delighted in gardening, sewing, baking and reading for enjoyment. Preceding her in death were her parents; both of her husbands; her beloved son, Robert Hansel; and six of her eight siblings, Earl, Russell, Lourn, George, Ruth Sund and Glenice Hanneman. Survivors include her sisters, Helen Bunkowske of Helena, MT, and Ethel Kobenick of Chaska, MN; her sister-in-law, Carolyn Sund of Fergus Falls and her children, Linda Christine Hansel (Neil Friedman) of Albany, CA and their daughter Marielle, Brian Hansel (Marilyn) of Dalton and their children Brooke (Sam) Hintz, John (Becca) Hansel, and Deanna Hansel, and Paula Hansel Allen of Missoula, MT and her daughter, Jenna Hansel Allen. She was also the proud great-grandmother of five grandsons, Silas and Noel Hintz, and Blaise, Zeke and Rex Hansel. Service: 11:00 a.m. Friday, September 17, 2021, at First Lutheran Church in Fergus Falls, with visitation one-hour prior to the service. Clergy: Reverend Gretchen Enoch Interment: Ten Mile Lake Cemetery, Dalton, MN Arrangements are provided by the Olson Funeral Home in Fergus Falls. Online condolences may be sent to www.olsonfuneralhome.com

Marjorie Ann Iversen, 90, of Fergus Falls, died of complications of Covid-19, Wednesday, January 13, 2021 at the Lake Region Hospital, which is also where she was born October 7, 1930. She was the daughter of Henry and Lilly Sund (Dybdahl)... View Obituary & Service Information

The family of Marjorie Iversen created this Life Tributes page to make it easy to share your memories.