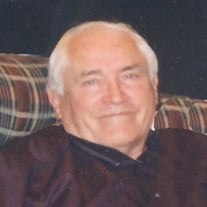 Lloyd Clayton Hubbard of Excelsior, Minnesota, died December 23, 2020 in Laguna Hills, California, at the age of 97. He raised his three children with the same spirit of adventure that made him an inventor. He got his pilot’s license, and learned to sail. He loved music, and was a patron of the Minnesota Orchestra and the Guthrie Theatre – a joy he shared with his wife of thirty-five years, Shirley Buchholz. They both loved to travel, and saw much of the world on cruises. Lloyd was born in Huntington Park, California as was the mother of his children and first wife, Bette Arian Hunter. He served in the Navy during WWII as a radar technician on the South Pacific Island of Tarawa, where he learned the native language, and to play the bongo drums. After the war he got a degree in engineering from UCLA and began work at IBM. He was the first IBM salesman to cover Los Alamos, New Mexico, which was an important channel between the laboratory and the defense contractor. In 1951 he helped to introduce the first IBM main frame computer to Los Alamos. He was promoted rapidly within IBM until he resigned in the late 1960’s. After IBM he became an entrepreneur, and invented a heart pump for open heart surgery with his partner, Earl, which they sold to 3M. The heart pump is still embraced by America’s surgeons and hospitals. Lloyd is survived by his son Greg of Dana Point, California, daughter Laurie of Louisville, Kentucky, daughter Kristen of Bellingham, Washington, and brother Don of Vista, California (who at 94, competes as a dancer and swimmer in Senior Olympics and ballroom dance competitions). Graveside Service: 11:00 a.m. Monday, July 5, 2021, at Immanuel Lutheran Cemetery in Fergus Falls, Minnesota Clergy: Reverend Jay Weideman Military Participation: Fergus Falls American Legion Post 30 and V.F.W. Post 612 Arrangements provided by the Olson Funeral Home in Fergus Falls. Online condolences may be sent to www.olsonfuneralhome.com

Lloyd Clayton Hubbard of Excelsior, Minnesota, died December 23, 2020 in Laguna Hills, California, at the age of 97. He raised his three children with the same spirit of adventure that made him an inventor. He got his pilot&#8217;s license,... View Obituary & Service Information

The family of Lloyd Hubbard created this Life Tributes page to make it easy to share your memories.