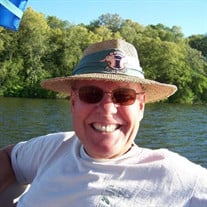 Lester Bensch, 80, of rural Ashby, died Monday, April 11, 2022, at Lake Region Healthcare in Fergus Falls. Lester was born May 30, 1941, to Gustav and Esther (Struck) Bensch in Wendell. He grew up in the Wendell area and graduated in 1959 from the West Central School of Agriculture in Morris. Following graduation, he enlisted in the U.S. Air Force and was in the electronics and instrumentation training for B52 and KC135 aircrafts and was honorably discharged in 1963. He furthered his education at Control Data Institute and at the University of Minnesota. In June 1960 Lester married Bette Hult at Amor Lutheran Church in Amor. After they were married, Bette went back to her parents’ home while Les left for the Air Force. Over the next several years, Les and Bette lived in various places across the U.S., they eventually returned to Minnesota and made it their permanent home. Les was employed by Control Data Corporation, Network Systems Corporation, Digigraphics Systems Corporation, the CEO of M & E Cable Company and in 1989, up until recently, he owned and operated Viking Valley Hunt Club in rural Ashby. Through the years Lester was involved with the University of Minnesota Morris and University of Minnesota, MGB & SPA (Minnesota Game Breeders and Shooting Preserve Association), Lessard-Sams Outdoor Heritage Council, and the Otter Tail County Conservation Committee. Les was a Ducks Unlimited Diamond Life Sponsor and a Pheasants Forever Sponsor. He was a member of Minnesota Deer Hunters, Eagle Lake Sportsmen’s Club, Coots Unlimited, Rocky Mountain Elk and Minnesota Waterfowl Association. Les was a true champion of nature, and had a vast knowledge of most everything in it. He enjoyed going for walks with his dogs, gardening with his wife Bette, hunting and fishing with friends at his cabin near Voyageurs National Park, and meditating up on top of the hill at Viking Valley. A few of Les’s favorite sayings were, “I’m working on immortality, and it’s going pretty well so far!” and “That’s an idea! might not be a good one, but it’s an idea.” He was preceded in death by his parents; sisters, Dolores and Dorothy; and brother-in-law, Patrick. Les is survived by his wife, Bette; sister, Marlene; sister-in-law, Carole; brother-in-law, Mike; several nieces and nephews and a host of good friends. Memorial Service: 1:00 p.m. Friday, April 22, 2022, at Olson Funeral Home in Fergus Falls, with visitation one-hour prior to the service at the funeral home. Clergy: Reverend Zinta Sundby Military Participation: Pederson-Tripp Post 357, Ashby, MN Arrangements provided by Olson Funeral Home in Fergus Falls. Online condolences may be sent to www.olsonfuneralhome.com

Lester Bensch, 80, of rural Ashby, died Monday, April 11, 2022, at Lake Region Healthcare in Fergus Falls. Lester was born May 30, 1941, to Gustav and Esther (Struck) Bensch in Wendell. He grew up in the Wendell area and graduated in 1959... View Obituary & Service Information

The family of Lester Bensch created this Life Tributes page to make it easy to share your memories.