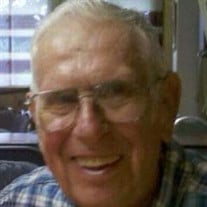 Kenneth (Ken) Leroy Toso, 91, died October 24, 2018 at LB Broen Memorial Home surrounded by his wife Judy of 69 years and family. Ken was born, on a farm, in Burke County, ND on June 23, 1927, the eldest child of Ingel and Julia (Brusven) Toso. He attended rural school in Leaf Mountain Township and high school at Columbus, ND. His formal education ended at age 14 as he was needed on the family farm. In 1943 the family moved to Minnesota continuing to farm in the Pelican Rapids, Rothsay and Fergus Falls area. On September 4, 1949 He was united in marriage to Judith A (Judy) Moen at the North Frieberg Church near Rothsay, MN. They lived in Fergus Falls where Ken was employed at the Fergus State Hospital for a short time prior to moving to a farm near Rothsay. In 1953 they returned to Fergus falls where he was again employed as a Psychiatric aide at the State Hospital. In 1967 the family, including the four children, moved to Hibbing, MN, where Ken resumed his education, earning an Associate Degree in Nursing at the Community College. In 1969, the family returned to Fergus Falls where Ken resumed employment at the State Hospital (later the Regional Treatment Center). He also continued his education earning a Baccalaureate Degree in Nursing at the University of North Dakota at Grand Forks in 1974. In 1989 he retired from his position as a nursing supervisor, continuing part-time employment until 1992, accumulating a total of 40 years in state service. He became a lifetime member of the Minnesota Nurses Association with involvement at the local, district and state levels during his employment years. He was one of the first male Registered Nurses in the State of Minnesota. For a number of years he was also employed in seasonal part-time work with Swedberg Landscaping and Nursery of Fergus Falls, Battle Lake and Elbow Lake. He was an active member of First Lutheran Church since 1953. He was also involved with Boy Scouts serving as a Cub Master, Asst. Scout Master, Unit Commissioner and troop committee member. He was a member of the Sons of Norway Lodge, The Eagles Lodge, Fergus Falls Senior Citizens, Retired State Employees, AARP, the Nature Conservancy, and the Wilderness Society. He had many interests and particularly enjoyed family activities and the outdoors including gardening, camping, skiing, skating, snowmobiling, boating, fishing, hiking, and traveling. He and Judy traveled throughout the US, Canada and into Mexico. He was particularly proud of a family project, the development of recreational property with a four-season cabin near Itasca State Park in Becker County. He was preceded in death by his parents; 2 daughters, Lynette and Marcia; a brother, Ivan and a brother-in-law Murrell Peasley. He is survived by his wife Judy; 3 sons, Michael O. (Maria) of Oklahoma City, OK, Keary D. (Susan) of Fergus Falls, Loren L. (Jeanne) of Rothsay; 4 grandchildren Amanda (Jon) Kretchman of Fargo, Eric (Marie) Toso of Rothsay, David (Sabrina) Toso of Fergus Falls, Annamaree Toso of Rothsay; 6 great-grandchildren, Alya, Charles and Onya Kretchman, Gavin and Khia Toso and Odessa Toso; sister, Idella Peasley of Burns, OR and a number of nieces and nephews. Memorials may be directed to Boy Scouts of America Northern Lights Council or First Lutheran Cemetery of Fergus Falls. Visitation: One hour prior to the service at the Church Service: 11:00 a.m. Monday, October 29, 2018 at First Lutheran Church in Fergus Falls Clergy: Rev. Gretchen Enoch Interment: First Lutheran North Cemetery in Fergus Falls Funeral Home: Olson Funeral Home in Fergus Falls Online condolences may be sent to www.olsonfuneralhome.com

The family of Kenneth L. Toso created this Life Tributes page to make it easy to share your memories.