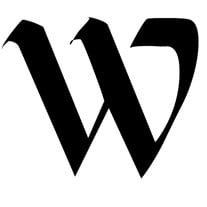 Kelly Dale Wahl, 57, a resident of Fergus Falls, died Sunday, February 18, 2018, at the Broen Home in Fergus Falls. He was born on January 12, 1961, in Dallas, TX, the son of Dale Rodell and Barbara Ann (Pedersen) Wahl. Kelly loved the Minnesota Twins and Vikings, and enjoyed watching the sports channels. He spent time volunteering at the Humane Society, and brought home a cat now named “Frisky”. Kelly enjoyed planting, shopping, and going out to eat with his special friend, Carol Andstrom. He was also a handy-man and helped out his parents often. Preceding him in death were his father, Dale Rodell Wahl; grandparents, Helen and Marlo Wahl, and Ray and Helen Bolma. Survivors include his mother, Barbara Wahl of Fergus Falls; as well as numerous aunts, uncles, and cousins. A special thanks to Dr. Colt Edin for his care, and Diane Haugen for all of her help. Service: At a later date per family request Interment: Rindal Cemetery, rural Underwood, MN Assistance is provided by the Olson Funeral Home in Fergus Falls Online condolences may be sent to www.OlsonFuneralHome.com

The family of Kelly Dale Wahl created this Life Tributes page to make it easy to share your memories.