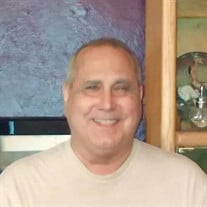 Keith John Gregory, a resident of Fergus Falls, died Thursday, May 16, 2019, at PioneerCare, due to complications from brain cancer surgery. He was born January 9, 1950, in Bemidji, MN, the fourth child of George and Lois (Benson) Williams. He left the hospital to join the family of George H. and Myrtle E. (Williams) Gregory in Windom, MN. The family moved to Fergus Falls in 1951. Keith was baptized at the home of his Gregory grandparents in Dalton in April of 1950. He grew up in the Grace Methodist Church, being confirmed in 1963. He attended the Fergus Falls schools, graduating in 1968. He then attended the Community College system over the years earning two degrees in 1996 and a third in 2008. In the spring of 2008, Keith was a winner of the Lake Region Arts Council’s six-word short story contest. That December, this winter poem, depicting a lake scene was selected by the Roadside Poetry Project, an arts initiative that celebrated poetic verse in public space. The imagery of his poem along with three other Roadside Poems moved a composition and theory music instructor at M State, Michael Trosvig. In September 2010, Keith’s poem was presented as the third movement in an acapella chorus composition entitled “Four Winds” by Michael Trosvig and premiered by a collection of singers at M. State. Employment was varied through the years, Pirates Den, State of MN at the Fergus Falls State Hospital, auto parts retail sales and lastly as a Field Representative of the Department of Commerce, Bureau of the Census, before disability prevented further work. Family roots became important and genealogy research took up hours and hours of his time, and the many family ties of the Gregory, Warnke, Williams, Lawton heritage were explored, and NO ONE was left unturned. His love of the outdoors started as a youth at the Deer Lake cottage, fishing, boating, swimming, then led to hunting, camping, and travel. Board games, such as Monopoly were played as a child, which led to the role playing games, Dungeons and Dragons, back in 1981, this he loved until his death. Hours were spent creating characters and giving them a life by rolls of the dice. All grandparents, parents and all but one uncle preceded him in death, along with four nieces and nephews. He is survived by sisters, Pamela S. Gregory Johnson and her boys, Todd M. Gregory, Travis (Lynn) Johnson and Terence “TJ” Johnson and their families all of Fergus Falls, and Betty Burke; brothers, George, Dale and Darrell Williams and their families in the Aurora (Iron Range) area. Family and friends will gather Saturday, June 15, 2019, at 10 a.m. at Knollwood Memorial Gardens in Fergus Falls to remember the life of Keith John Gregory. Fantasy Adventure Magic Freedom

Keith John Gregory, a resident of Fergus Falls, died Thursday, May 16, 2019, at PioneerCare, due to complications from brain cancer surgery. He was born January 9, 1950, in Bemidji, MN, the fourth child of George and Lois (Benson) Williams.... View Obituary & Service Information

The family of Keith John Gregory created this Life Tributes page to make it easy to share your memories.