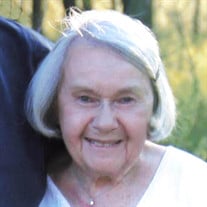 Kathleen (Mrs. James) Madison, 87, of Dalton, died Tuesday, November 9, 2021 at Edgewood Healthcare Care in Alexandria. Kathleen (Kathy) Mary Dohan was born to Katharine (Miklovich) and Peter Dohan on May 25, 1934, in Norwalk, Connecticut. She and her younger sister, Carol were raised by their widowed mother as her father died when she was three. Her grandparents, uncles, and aunts were a big part of her life growing up. Kathy and her family attended St. Mary Catholic Church in Norwalk, CT where she was baptized, received First Holy Communion, and was confirmed. She graduated from Norwalk High School. During high school Kathy worked part-time at the Southern New England Telephone Company. She continued to work there 10-years before moving to Minnesota and working at the North Western Bell Telephone Company in Fergus Falls as a telephone operator. The move halfway across the country to Minnesota was because she fell for her future husband, Jim Madison when he was out East visiting. They were married August 31, 1961, in Rapid City, South Dakota. In May of the following year, they had their marriage blessed at St. Olaf Catholic Church in Elbow Lake with Jerry and Shirley Schultz as attendants. Kathy was a member of St. Olaf’s for many years. Being a city girl, Kathy adjusted to country living and was a hard-working farm wife and loving mother. Kathy and Jim had three children that they raised on the family farm south of Ten Mile Lake. She loved flowers and kept many beautiful flower beds. She would also point out beautiful sunsets from her kitchen window or deck seeing God’s handiwork in them. She was a volunteer at the Fergus Falls hospital for many years. She had a youthfulness about her, a laugh that could be contagious and a zest for life well into her later years. Kathy always loved God, but after the death of her son Peter she began searching to know Him more. She grew up knowing about Jesus but met Him in a personal way, trusting in Him alone to be her Lord and Savior. She began attending non-denominal churches and special meetings and bible studies where she continued to grow in her relationship with God. She always wanted to share what she was learning with family and friends to help them also find peace with God. The last three years of her life she struggled with increasing limitations due to dementia. She and Jim moved to Edgewood Healthcare and then the memory care unit in Alexandria. There are many staff members from Edgewood we would like to thank for their dedication and care for Kathy. They were caring and supportive during her stay with them. Several of the staff’s word to describe Kathy was “Spunky.” Kathy was preceded in death by her father Peter, mother Katharine, and son Peter (16-years old). She is survived by her husband of 60-years, James “Jim” of Alexandria formerly of Dalton; two daughters, Jane (Jeff) Way of Garfield and Karen (Brian) Springer of Alexandria; grandchildren, Ariel Way of Dalton, Megen (Reece) Haggerty of Alexandria, Gabrielle Way of Webster City, IA, Angie (Rob) Teaser of Alexandria, and Jamie (Nick) Kleve Sauk Centre; great-grandchildren, Peyton, Jasmine, Mason, Bennett, Autumn, Caiden, and Jade; one great-great-grandchild, Maycee; sister, Carol (Walter) Steurnagel of Columbia, CT, and nieces, nephews, and dear friends. Memorials are preferred to the Alzheimer’s Association. Service: 10:30 a.m. Saturday, November 20, 2021, at the Olson Funeral Home in Fergus Falls, with visitation one-hour prior to the service. Clergy: Officiant Brian Springer Interment: St. Loretto Catholic Cemetery, Elbow Lake, MN Arrangements are provided by the Olson Funeral Home in Fergus Falls. Online condolences may be sent to www.olsonfuneralhome.com

The family of Kathleen Madison created this Life Tributes page to make it easy to share your memories.