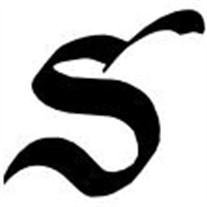 Judith “Judi” Mary Schriver, 71, died unexpectedly at Banner University Medical Center in Phoenix, AZ on January 26, 2018. Judi was born on April 9, 1946, in Fergus Falls, MN, to Walter and Agnes (Vos) Schriver. She attended schools in Fergus Falls and graduated from Fergus Falls High School. Judi attended Fergus Falls Junior College and then went to the Minneapolis Technical College for Medical Technician. She worked in Minneapolis, Fargo, ND, and then moved to Phoenix, AZ. In Phoenix, Judi worked at the Arizona State Hospital while attending Arizona State University College of Nursing, where she graduated in 1977. Judi moved to Camarillo, CA, and continued to work at Veterans Administration while attending Phoenix University, California Campus and graduated with a Master in Business Administration in 1991. While in California, she taught online classes to nursing students. To keep current in new innovations in nursing, she worked at hospitals in the area of Moorpark, CA. She retired from the Veterans Administration in 2015, and moved back to her home in Phoenix. Judi had also worked at the Veterans Administration in Redlands, CA, and Denver, CO. Judi got the itch to travel when she was married to Ed Wakefield, with a trip to the Philippines. She traveled several times to Europe, also traveling to Egypt, China, and her last trips were to Thailand and Peru. Judi is preceded in death by her parents; brother, James Schriver; brother-in-law, Gene F. Dohrer; as well as many aunts and uncles. Survivors include her sister, Barb Dohrer; sister-in-law, Claudia Schriver; nephews, Matthew and Daniel Schriver; niece, Andrea (Schriver) Wilson; step-nephews, Gene A., Jim and Jack Dohrer; several cousins, and many work and travel friends. Interment and Memorial Service will be at Oak Grove Cemetery in Fergus Falls, MN, at a later date. Assistance is provided by the Olson Funeral Home in Fergus Falls. Online condolences may be sent to www.OlsonFuneralHome.com

The family of Judith Mary Schriver created this Life Tributes page to make it easy to share your memories.