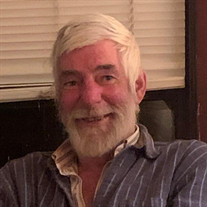 John Rund, 70, of Dalton, died Saturday, July 31, 2021, at Sanford in Fargo. John Edward Rund was born May 5, 1951, to Gordon and Alice (Hord) Rund in Fergus Falls, Minnesota. He was baptized at Rock Prairie Lutheran Church. He attended country school in District 139 at the Ten Mile Lake School, graduating in 1969 from Fergus Falls High School. When John’s dad died in 1974, John moved back to the family home to be there for his mother, who he continued to care for until her death in May of 2020. John started working at the young age of 13 for his cousin, Eldon. At 15 he started his career in Masonry, working with Ivan Kaasa. After working 33 years for Johnson Nelson, he retired in 2013. On October 29, 1978, he married Marion Rude. He adopted Paula in January 1979 and raised her as his own. On July 16, 1980 they were blessed with a son, Mark. After a family tragedy in the summer of 1982, they took in Marion’s niece Kim. John had his first official date with Julie Brevig on Saturday, May 28, 2005. This was a match made in heaven. They enjoyed gardening, canning, going to country concerts, and a trip to the Black Hills. They especially enjoyed cooking together, she was the chef and he was her sous-chef. With this pairing John gained a daughter, Stacy, granddaughters, Haily, Amanda, and Hannah, and great-grandchildren, Aariana, Abel, Journey, and Vienna. To say the least, John was a genuine person. He never attempted to be someone or something he was not. He took pride in a day of hard work, growing a vegetable garden, and grilling “the perfect meal.” John found true enjoyment sitting on the back porch with Julie and a cold beer. He also enjoyed listening to his vinyl records, the Minnesota Twins, and heading down to the shop to visit with Mark and the boys. John was a history buff, he enjoyed watching and answering the questions on shows like, Jeopardy and The Chase. Most people did not know his soft spot for his pets Tasha, Domino, Frosty, Wednesday, and Bella, to name a few. John was especially excited to be a great-grandpa to twin great-granddaughters, arriving in November 2021. Preceding him in death were his parents; brother, Mike; nephew, Doug; aunt, Ruth Skinnemoen, and uncles, Kenneth, Arlo, and Tom. John is survived by soulmate and life partner, Julie and her family; children, Paula (Steve) Barsness of Fergus Falls, Mark Rund of Dalton, and Kim Bechard of Fergus Falls; grandchildren, Danielle (Jaime) Magnuson and Cody and Tiffany Bechard; sister-in-law, Sandy Rund and niece, Missy (Scott) Johnson. As well as extended family and many friends. Visitation: 4:00 to 6:00 p.m. Wednesday, August 4, 2021, at the Olson Funeral Home in Fergus Falls, with a prayer service at 4:00 p.m. Service: 1:00 p.m. Thursday, August 5, 2021, at the Olson Funeral Home in Fergus Falls Clergy: Chaplain Burke Lindvall Interment: Rock Prairie Cemetery, Elbow Lake, MN Arrangements are provided by the Olson Funeral Home in Fergus Falls. Online condolences may be sent to www.olsonfuneralhome.com

The family of John Rund created this Life Tributes page to make it easy to share your memories.