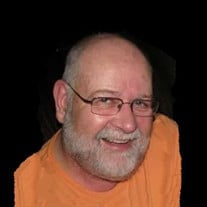 John Everett Daniels, age 69, a resident of Fergus Falls, formerly of Nashua, MN, entered heaven on Saturday, April 14, 2018, at St. Francis Hospital in Tulsa, Oklahoma. He was born on June 11, 1948, at St. Francis Hospital in Breckenridge, MN, to Max Amos and Marian Margaret (Jorgenson) Daniels. John grew up on their family farm in Tintah, MN, where he enjoyed a childhood of many good and loving memories. He enjoyed playing and participating in sports, especially basketball, which he would later teach to youth overseas. After graduating from Tintah High School in 1966, John joined the United States Air Force and was stationed at Davis-Monthan AFB in Tucson, AZ, and Elmendorf AFB in Anchorage, AK. Between high school and college, John spent several years working jobs where he could mentor and serve as a role model for younger people. These jobs included coaching basketball in Madagascar, being the assistant director of a Lutheran Youth Camp in Wisconsin, and a Wilderness canoe guide in the Boundary Waters of Minnesota. John graduated from Augustana in Sioux Falls, SD, where he received a Bachelor’s Degree in Education in 1976. On September 3, 1976, John married the love of his life, Pamela Hanson, at Vangen Lutheran Church in Mission Hill, SD. They resided in Nashua where John farmed for almost 40 years. John was an active member at several churches including the Tintah Congregational Church, Valley Christian Assembly in Breckenridge, Life Church in Fergus Falls, and Point Gathering in Fergus Falls. John was involved with the Gideons, and also served as a mentor in marriage ministry. John loved life, a gentle giant who embraced many. No one was a stranger to John. He championed truth and walked with integrity. John was a family man who served the hearts of others before himself. He was generous and always had an open door for people. John absolutely loved all sorts of games that would allow him to share a table with friends and family. He was a joyful person who had a loud boisterous voice and a contagious laugh. He enjoyed competitive games like basketball and golf but was really in his element with a good game of pinochle. Survivors include his wife of 41 years, Pamela Daniels; children, Katie (Adam) Dawson of Tulsa OK, Caleb (Erika) Daniels of Dickinson, ND, Emily (Brady) Walter of West Fargo, ND, and Kari (Joe) Albertson of Vergas, MN; grandchildren, Jack and Elliott Dawson, Oliver, Keziah, and Everett Daniels, Abram and Eliana Walter, and Damion and Delilah Albertson; his siblings, Karen (Fred) Hasbargen of Wheaton, MN, Doug (Carole) Daniels of Ashby, MN, Becky (Wally) Hasbargen of Wheaton, MN, Denise (Larry) Brown of Maple Grove, MN; as well as numerous nieces and nephews. Heaven gained a special person on April 14, 2018, and the world lost a very righteous man. Forever in our hearts will be the memory of a loving husband, loving father, loving grandfather, and great friend to many. You will forever be in our sweet memories and be found in a special place in our hearts. Visitation: 5-7 p.m. Friday, April 20, 2018, at Olson Funeral Home in Fergus Falls with a 6:30 p.m. prayer service and resumes one hour prior to the service at the church Service: 10:30 a.m. Saturday, April 21, 2018, at Bethel Lutheran Church, Fergus Falls Clergy: Reverend Rich Iverson Interment: Riverside Cemetery, Nashua, MN Arrangements are provided by the Olson Funeral Home in Fergus Falls Online condolences may be sent to www.OlsonFuneralHome.com

The family of John E. Daniels created this Life Tributes page to make it easy to share your memories.