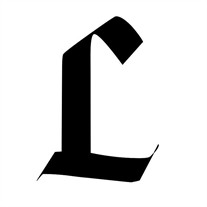 Jim Lundeen, first child of Ione Iverson and William (Bill) Pollard, was born in Minneapolis, MN on August 2, 1951. Bill’s career as a Navy piolet took the family to Norfolk, VA in 1952. Tragically, in 1954, while Ione was expecting their second child, Livy, Bill died when his plane crashed in the North Atlantic. Thereafter, Ione, Jim, and Livy moved back to Minnesota, where Ione met and married Ed Lundeen, who adopted Jim and Livy. Jim’s brother Dan was born to Ed and Ione in 1962. In 1969, Jim graduated Salutatorian of Fergus Falls High School and attended Northwestern University, where, seeking to follow in the footsteps of Bill, he joined the Naval ROTC. After graduating with a B.S. in Economics in 1973, Jim served as an officer on the USS Wainwright and USS Newport News and spent most of his tour in the Mediterranean, including on the first US ship to make port in Romania since the beginning of the Cold War. After the Navy, Jim attended Harvard Business School and graduated in 1978. After graduating HBS, Jim began his nearly 40-year career in marketing by moving back to Minneapolis to work at General Mills. In 1981, Jim moved t New Jersey to work at American Cyanamid/Pine-Sol. Jim met Ann Tessier through mutual friends in 1983. They were married in 1984 in Yarmouth, MA and bought their first house in Boonton, NJ in 1985. After a brief interlude in the difficult world of small business ownership, in 1988, Jim began working at Colgate-Palmolive on their Dynamo Detergent brand. In 1989, Jim’s wife Ann gave birth to their only child, Jay. In 1990, Jim and his family relocated to Scottsdale, AZ, where they moved into their new house on the hottest day ever recorded (122 F). Jim began work at the Dial Corporation, where he worked for the next 10 years and helped to build Purex Detergent into the second best-selling laundry detergent in the US. In 2000, Jim, with the help of his friend and colleague from Dial, Brent Bailey (then CEO of Pharmavite US) found a new position in sales with Pharmavite’s NatureMade Vitamins in California. Over the next 11 years, Jim was a key member of the team which helped grow NatureMade’s US sales from $90 million to $900 million per year. From 2011 to 2017, Jim finished out his career at two more vitamin/supplement companies, first Cyanotech in Los Angeles and then at Prothera in Reno, NV, both helmed by his longtime friend, Brent. In December 2015, Jim was diagnosed with a glioblastoma (an aggressive brain cancer). Surviving for nearly three years, he far outlived his original prognosis of 6-12 months. However, after a long struggle, Jim finally succumbed to the cancer and passed away on September 17, 2018. He leaves behind loving friends, colleagues, family, his sister, Livy Gault, brother, Dan and his son, Jay. A private family service has been held.

Jim Lundeen, first child of Ione Iverson and William (Bill) Pollard, was born in Minneapolis, MN on August 2, 1951. Bill&#8217;s career as a Navy piolet took the family to Norfolk, VA in 1952. Tragically, in 1954, while Ione was expecting... View Obituary & Service Information

The family of Jim Lundeen created this Life Tributes page to make it easy to share your memories.