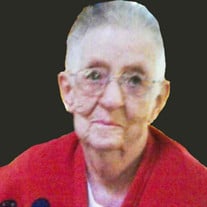 Janet Maxine Brenna, age 91, of Pelican Rapids, died Monday afternoon (April 6th, 2020) at the Pelican Valley Health Center. Janet was born on November 3rd, 1928, in Waseca, Minnesota to Emory and Lillian (Stauty) Shigley. As a teenager she moved with her family to South Saint Paul where she graduated from High School. On January 21st, 1956, she married M.L. ‘Mike’ Brenna in St. Paul and they lived for several years in Inver Grove Heights. In May of 1969, Mike and Janet moved their family to Pelican Rapids where they had purchased a Barber Shop downtown. Janet spent many years working with her family at the Bait Shop. Through the years Janet enjoyed traveling throughout the US and Europe with family and friends. She will long be remembered for her skills as a seamstress, making custom drapes, quilts, afghans, and knitting amazing things for her children and grandchildren. Together Mike and Janet spent many winters in the warmth and sunshine of the Gulf Coast at Port Aransas, Texas. She was a long-time member of Trinity Lutheran Church and active in its Ladies Groups. Janet was preceded in death by her parents, Emory and Lillian; her husband, Mike in November of ’18; her siblings, Virta, Joyce, and Marilyn; as well as a granddaughter, Jennifer. She is survived by her three children, Lowell (Loree), Lee (Cheryl), and Mary; six grandchildren, Katie, Michael (Amber), David (Sky), Sarah (Tyler), Jon (Melissa), and Amy (Kory), along with seven great grandchildren: Ottilia, Charlotte, Kamryn, Kaiya, Emmery, Nolan, and Annie. A private family service will be held this week for the Brenna Family. A memorial service and graveside will be held this summer. Arrangements are provided by the Olson Funeral Home in Fergus Falls. Online condolences may be sent to www.olsonfuneralhome.com

The family of Janet Brenna created this Life Tributes page to make it easy to share your memories.