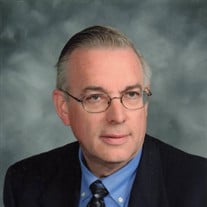 Musician, Businessman, Volunteer, Man of Faith, Family Leader Jim Worner passed away on January 3, 2021 at the age of 79. Jim was among the most accomplished amateur clarinet and saxophone players in the area. Jim participated in countless instrumental pit orchestras and jazz bands at M State in Fergus Falls as well as the Fergus Falls Civic Orchestra, the Heart of the Lakes Band in Battle Lake, the Carlisle Band, the Park Rapids Area Band and the Lakes Area All-Stars. Jim encouraged his family members to participate in band, and encouraged many area youth to do so also. Jim, and his wife Arlene, were two of the founding members of the Fergus Falls Band Boosters. He is also credited with encouraging many adults to dust off their horns and to play again. In the early years, Jim played clarinet in the Fergus Falls High School Orchestra and Band and Jim often remarked that clarinet was his first love. Jim was well regarded in the business community as a realtor at Investment Realty in downtown Fergus Falls, a founding member of the District 544 Foundation, as well as a member of the Chamber of Commerce (past president), Kiwanis (past president), Jaycees, the Fergus Falls Area College Foundation for M State - Fergus Falls, and Lake Region Association of Realtors. Jim took great pride serving on the hospital board when the Lake Region Healthcare Cancer Care & Research Center was planned and constructed. Jim graduated from the Fergus Falls Junior College (now M State - Fergus Falls), and the University of Minnesota with a degree in Journalism. He returned to Fergus Falls in 1967 as the third-generation member of the automotive business, Worner Rambler, located across Mill Street from Bethlehem Church, and later Worner Auto Center where he continued until 1995. That same year, Jim joined his long-time friend Bob Torkelson at Investment Realty and remained active until December 2020. Jim placed great value on the business relationships he built, and many who cared for Jim recently commented that they or their family members had direct business dealings with Jim. Jim was a member of Federated Church where he served on the Board of Deacons and Elders, and he and Arlene sang in the choir for decades. Jim served as a confirmation guide and lay pastor, including preaching a sermon based on the book "Heaven is for Real." Additionally, he was called on to play a traditional and Dixieland version of "Just a Closer Walk with Thee" on his clarinet for funerals. While clarinet was Jim’s first love, Arlene (Lunde) Worner was his true love. Jim and Arlene played clarinet alongside each other in the Fergus Falls High School Band. Jim and Arlene were married at Bethlehem Lutheran September 15, 1963, and welcomed three sons, Steve, Greg and Chad, and raised them in a home filled with love, music and faith. Jim and Arlene traveled much of the US with their family. Together they enjoyed many tropical trips and traveled to nearly all of the Minnesota State Parks. James Michael Worner was born December 19, 1941 in Fergus Falls, Minnesota, to the late Iram and Dorothy Worner. Jim is survived by his wife of 57 years, Arlene (Lunde), sons Steven (Angela) of Eagan, Gregory (Tami) of Nevis, and Chad (Rachel) of Farmington; grandchildren Cassandra, Charlie and Christian of Eagan, Jonathan, Emily and Catherine of Nevis, and Ethan and Sydney of Farmington. In addition to his immediate family, his extended family includes brother Gerry (Anne) Worner, sister-in-laws Joann (Lee) Holzer, Connie (Ron) Neuman, Carol Gealow and brothers-in-law John (deceased) and (Georgia) Lunde and Jim (Sue) Lunde, and and his many nieces and nephews: Joel, Eric, Matt, Mark, Jana, Suzanne, Jennifer, Chris, Stephanie, Bonnie, Laurie, Scott, Sherrie, Beth, Lisa, and their families. Additionally, Jim was preceded in death by his in-laws, Morris and Hildegard Lunde. A special thank you to all who cared for Jim in his last months, in particular the Fergus Falls Medical Group, Lake Region Hospital and the Lake Region Healthcare Cancer Care & Research Center. Memorials preferred to the Federated Church ([email protected]) or the Fergus Falls Band Boosters ([email protected]) Visitation: 11:00 a.m. – 1:00 p.m. Saturday, June 19, 2021 at the church Memorial Service: 1:00 p.m. Saturday, June 19, 2021, at Federated Church in Fergus Falls. Please refer to Jim’s Tribute Wall for a link to the church’s You Tube page for a Live-stream of his memorial service. Clergy: Reverend Doctor Douglas Dent Arrangements are provided by the Olson Funeral Home in Fergus Falls. Online condolences may be sent to www.olsonfuneralhome.com

Musician, Businessman, Volunteer, Man of Faith, Family Leader Jim Worner passed away on January 3, 2021 at the age of 79. Jim was among the most accomplished amateur clarinet and saxophone players in the area. Jim participated in countless... View Obituary & Service Information

The family of James "Jim" Worner created this Life Tributes page to make it easy to share your memories.