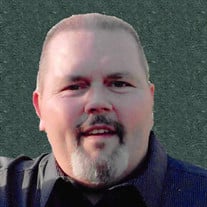 Gregory Miles Van Ginhoven, 59, of Fergus Falls passed away Friday, October 18, 2019 at his home. Gregg was born December 17, 1959, in Hinsdale, IL to George D. and Martha R. (Schultz) Van Ginhoven. They moved to Virginia at the age of one to follow his father’s career. They relocated to south Florida (Ft. Lauderdale) in 1964. His father started a new career there as a general contractor at the start of the building boom of the early 1960’s. He attended private schools to the age of 17, then went to public school for his senior year, graduating in 1977 from Ft. Lauderdale High School. He went on to college at the University of Illinois at Champagne/Urbana. He graduated with a BS in business in 1981. He took one year off and traveled and enjoyed all of what South Florida had to offer. He enjoyed deep sea fishing, swimming, snorkeling, traveling in the USA and Europe, and went on several Caribbean cruises as well. He then settled in to working life but could not really find anything he enjoyed (or that paid enough) in Florida. He found a job in Minneapolis. He flew up the next day and was offered the job he had found in Sales Management. He thoroughly enjoyed the Minneapolis area and all it had to offer. After having given up on finding anyone to share his life with, in 2001, he met his life partner Eric Gunderson in Minneapolis at a coffee shop. They lived several places over the years in Minneapolis until Eric ended up having lost his job in Minneapolis. They then moved to Fargo in 2005, where Eric had previously moved from and worked. They lived there until 2013 when they moved to Fergus Falls, Eric’s home town. He was preceded in death by his grandparents; his father, George; brother, Steven; partner, Justin, and three cousins. Gregg is survived by his partner, Eric Gunderson; his mother, Martha; sister, Lynn Fine; niece, Elise (Bryan) Hoffower, and great-nephew, Atrus Stark. Memorials preferred to Otter Tail County Humane Society. Graveside Service: 3:00 p.m., Saturday, October 26, 2019 at Augustana Cemetery, Elizabeth, MN. Casual attire is suggested. Clergy: Reverend Kate Bruns Interment: Augustana Cemetery, Elizabeth, MN Arrangements are provided by the Olson Funeral Home of Fergus Falls. Online condolences may be sent to www.olsonfuneralhome.com

Gregory Miles Van Ginhoven, 59, of Fergus Falls passed away Friday, October 18, 2019 at his home. Gregg was born December 17, 1959, in Hinsdale, IL to George D. and Martha R. (Schultz) Van Ginhoven. They moved to Virginia at the age of one... View Obituary & Service Information

The family of Gregory Miles Van Ginhoven created this Life Tributes page to make it easy to share your memories.