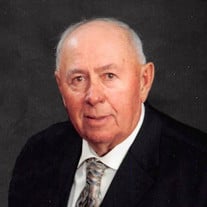 Gary Lee Flatin, 73, of Fergus Falls, formally of Rothsay, passed away on April 5, 2019, under the wonderful care of LB Hospice at the Broen Memorial Home in Fergus Falls. He was born on March 24, 1946, at St. Lukes Hospital in Fergus Falls, to Arnold and Thelma (Hanson) Flatin. Gary was raised in the Rothsay area where he graduated from high school and farmed with his father. Gary married his high school sweetheart, Verna Raw, on November 1, 1964, at South Immanuel Church, Rothsay. They made their home in Moorhead and raised their sons, Todd and Darren there. He worked in various positions for American Crystal Sugar Co. in Moorhead and retired in 2000, after 35 years of employment. He enjoyed and cherished the friendships formed with his coworkers over the years. After living in Moorhead for 25 years, Gary and Verna returned to the Flatin farm near Rothsay where they enjoyed planting a large garden every year and canning and freezing the produce, salsa was a favorite. He also enjoyed fishing, hunting, and cooking. His greatest pleasure was being with his family, relatives, neighbors and friends, and also spending time with his best buddy, his dog, Hunter. After many years on the farm, due to health issues, Gary and Verna relocated to their current home in Fergus Falls. He always called the farm his home, making almost daily trips out there to make sure the yard was cut and everything was taken care of. Gary was a member of the Eagles Club in Fargo, ND, South Immanuel Lutheran Church and served on the church council. Survivors include his loving wife, Verna; their children, Todd Flatin of Fergus Falls and Darren (Julie) Flatin of Fargo, ND; one grandson, Jeffery Flatin of Hamilton, OH. Gary is also survived by his sister, Donna (Daryl) Hauger of West Des Moines, IA ; brothers-in-law, Gilbert Andel of Moorhead and Edward Raw of Pelican Rapids and many nieces, nephews and cousins. Preceding him in death were his parents and his sister-in-law, Janice Andel. The family wishes to thank the medical staff, Chaplains, the Broen Home, LB Hospice, Fergus Falls Dialysis and the Cancer Center for their wonderful care and concern. A special thanks to Pastor Phillip Tobin for his frequent visits and prayers, and also for the professional and compassionate care given to Gary’s family from the Olson Funeral Home in Fergus Falls. In lieu of flowers, memorials may be directed to the memorial of the donor’s choice. Visitation: One hour prior to the service. Service: 1:00 p.m., Tuesday, April 16, 2019 at the Olson Funeral Home Chapel, Fergus Falls Clergy: Reverend Phillip Tobin Interment: Hamar Cemetery, Rothsay, MN Olson Funeral Home, Fergus Falls is in charge of arrangements

Gary Lee Flatin, 73, of Fergus Falls, formally of Rothsay, passed away on April 5, 2019, under the wonderful care of LB Hospice at the Broen Memorial Home in Fergus Falls. He was born on March 24, 1946, at St. Lukes Hospital in Fergus Falls,... View Obituary & Service Information

The family of Gary Lee Flatin created this Life Tributes page to make it easy to share your memories.