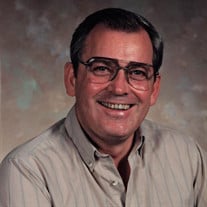 Felix “Rick” Fredrick Farrar, 83, a resident of Fergus Falls, died peacefully on Tuesday, March 2, 2021, at his home surrounded by his loved ones. Felix “Rick” was born January 28, 1938, to Felix Thomas Fredrick and Esther (Watson) Farrar in Fargo, North Dakota. He attended school in Fargo, graduating in 1956. After high school he enlisted in the Naval Reserve, stationed in Chicago, Illinois, where he found his “niche” in photography. After basic, he returned to Fargo, where he worked for Scherling Photography. While in Fargo, he met Barbara Fiedler and they were wed in Fergus Falls, MN, in 1964. In 1964, Rick took a job teaching at Journalism/Photography at South Dakota State University, Brookings, SD, where he was the Department head. While in Brookings, their first daughter, Holly Marie, was born in 1966. In 1968, the family moved to Fergus Falls. He purchased Oylo Studio, which then became Farrar Studios. In 1969, they welcomed their second daughter, Stephanie Ann. In 1976, Leah Jean, their third daughter, made her appearance. In the 1960’s and 1970’s, Rick was very active in the Masonic Lodge, Blue Lodge in SD and Cornerstone Lodge in Fergus Falls. In the mid-1970’s, he got on the Divianline of the El Zagal Shrine Temple, Fargo, ND. In 1981, he became Potentate. Their marriage dissolved in 1981. In 1982, he met, who he referred to as, “The Love of His Life”, Victoria L. Hanson, and they were together until he passed away. In 1984, they moved to Grand Forks, ND, where he opened another photography studio. In 1985, he retired and they moved to Arizona. In 1996, they returned to Fergus Falls, bought a home, where his wife, Vik, still resides. Besides photography, he enjoyed stamp collecting, antiquing, landscaping, tennis, golf, board games, and most of all, music. He enjoyed lapidary (rock collecting), and numerous other interests. He was an artist at heart, shown in all of his numerous paintings, drawings, and photographs. He also enjoyed all of the arts. Rick was preceded in death by his parents, Felix and Esther; step-father, Elmer Lindrud; infant son, Kristopher Felix; brother-in-law, Richard A. Hanson, and nephew, Scott Henschke. He is survived by his wife, Victoria L. Farrar; three daughters, Holly (Shannon) Schweigert, Stephanie (Gary) Lindemann, and Leah (Joey) Mau; five grandchildren, Andrew (Shelby) Schweigert, Allison (Adam) Dwyer, Katy Weaver, Abby Mau, and Haley Mau; two great-grandchildren, Cashton Schweigert and Jordyn Dwyer; two sisters, Judy (Clayton) Henschke and Rita Reiter (Jim Meyer), and sister-in-law, Kristie Sutton (Mike), and numerous nieces and nephews. Blessed be the memory of Felix “Rick” Fredrick Farrar. We would like to thank the dedicated staff of Hospice of the Red River Valley for all the care and support at the end of Rick’s life. Memorials are preferred to Hospice of the Red River Valley in Felix Farrar’s name. All other memorials will go towards a memorial bench to be place in Fergus Falls in his memory. Location is to be determined. Visitation: One-hour prior to the service at the funeral home. Memorial Service: 2:00 p.m. Saturday, June 12, 2021, at the Olson Funeral Home in Fergus Falls. There will be a Masonic Service at 1:30 p.m. A recording of the service will be posted to Felix’ Tribute Wall following the service. Clergy: Pastor Evie Beste Military Participation: Fergus Falls VFW Post 612 and American Legion Post 30 Interment: Pleasant View Cemetery, McKenzie, ND 58572 Arrangements are provided by the Olson Funeral Home in Fergus Falls. Online condolences may be sent to www.olsonfuneralhome.com

The family of Felix "Rick" Farrar created this Life Tributes page to make it easy to share your memories.