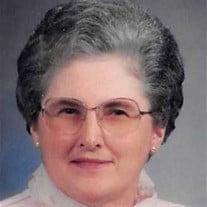 Evelyn G. Humbert, 82, a resident of Fergus Falls, died Tuesday, July 31, 2018 at her home. She was born on November 29, 1935, to Gilbert H. and Emily (Honcik) Duffney in Rochert, MN. She was baptized and confirmed at Eglund Church near Detroit Lakes and later joined St. Mary’s Catholic Church in Detroit Lakes. She attended School District #57 in Rochert. After graduating from Detroit Lakes High School in 1953 she furthered her education at the Business College in Detroit Lakes and Fergus Falls Community College. On June 9, 1956, Evelyn married Lawrence Chris Humbert at the St. Mary’s Catholic Church in Detroit Lakes. Evelyn moved to Fergus Falls after their marriage. She enjoyed her home and family along with the many friends she associated with over the years, as well as traveling and doing things with her family. She was an active member of Our Lady of Victory Catholic Church, Business and Professional Women, Electrical Women’s Round Table and Kilo Klub. Her work experience included Norby’s Department Store in Detroit Lakes from 1954-1956, S&L Department Store in Fergus Falls from 1961-1966 and the Otter Tail Power Company as an accountant from July 1966 to January 1, 1998 when she retired. Preceding her in death were her grandparents; parents; brothers, James and Curtis Duffney; a sister Arlene Tibodeau and sister-in-law, Carol Duffney. Survivors include her husband, Lawrence; children, Sharon Permann of Fargo, ND and Gary Humbert of Fergus Falls; a grandson, Jarrett (Elise) Permann, of Dilworth; two great grandchildren Amelia and Neil Permann both of Dilworth; two sisters-in-law, Marlene Duffney of Moorhead and Mary Duffney of Chesapeake, VA; a brother in law, Ted Tibodeau of Detroit Lakes; along with numerous nieces and nephews. In lieu of flowers, memorials are preferred to LB Hospice, Fergus Falls. Visitation: 5 to 7 p.m. Monday, Aug 6, 2018 with a 6:30 p.m. prayer service at the Olson Funeral Home and resumes one hour prior to the service at the church. Mass of Christian Burial: 10:30 a.m. Tuesday, Aug 7, 2018 at Our Lady of Victory Catholic Church, Fergus Falls Clergy: Father Alan Wielinski and Deacon Chuck Kampa Interment: St. Otto’s Catholic Cemetery, Fergus Falls, MN Arrangements are provided by the Olson Funeral Home in Fergus Falls

Evelyn G. Humbert, 82, a resident of Fergus Falls, died Tuesday, July 31, 2018 at her home. She was born on November 29, 1935, to Gilbert H. and Emily (Honcik) Duffney in Rochert, MN. She was baptized and confirmed at Eglund Church near Detroit... View Obituary & Service Information

The family of Evelyn Grace Humbert created this Life Tributes page to make it easy to share your memories.