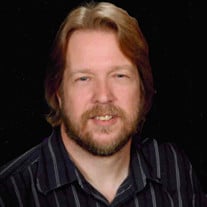 Douglas Richard Kugel, 60, a resident of Fergus Falls, died Thursday, May 16, 2019, at his home. Doug was born on September 9, 1958 in Wayne, New Jersey, the son of Elvin and Ada (DeKoning) Kugel. He graduated from Manchester Regional High School in 1975. On August 26, 1995 he married Karin Frustol in Succasunna, New Jersey. He worked for Hoffman LaRoche in Nutley, NJ for over 20 years as an IT specialist and software engineer. He also worked for Bank of America as a software engineer consultant and was currently employed at Park Region Telephone Company in Underwood, MN. Doug had many talents and was able to also work in various trades, including electrical, masonry, plumbing and also as a mechanic, doing automotive and small engine repair. He was an active member of Good Shepherd Lutheran Church in Fergus Falls, serving on various ministry teams. He belonged to the “Bikers for Christ” and rode with his motorcycle club sharing the love of Christ with all those he met including the Hells Angels Biker Outlaws. While living in Fergus Falls, he taught License to Carry classes at the Fergus Falls Rifle and Pistol Club. Doug enjoyed hunting, boating, fishing, golfing, riding his motorcycle, fixing and repairing small engines. The time he spent with his family and friends were the times he cherished the most. He also enjoyed being able to help out when anyone was in need. Preceding him in death were his parents, Elvin and Ada Kugel. Survivors include his wife, Karin of Fergus Falls and his two children, Jacob and Sarah Kugel, both of Fergus Falls. Visitation: one hour prior to the service at the church Memorial Service: 2 p.m. Thursday, May 23, 2019, at Good Shepherd Lutheran Church, Fergus Falls Clergy: Rev. Mark Tungseth Arrangements are with the Olson Funeral Home, Fergus Falls Online condolences may be sent to www.OlsonFuneralHome.com

Douglas Richard Kugel, 60, a resident of Fergus Falls, died Thursday, May 16, 2019, at his home. Doug was born on September 9, 1958 in Wayne, New Jersey, the son of Elvin and Ada (DeKoning) Kugel. He graduated from Manchester Regional High... View Obituary & Service Information

The family of Douglas Kugel created this Life Tributes page to make it easy to share your memories.