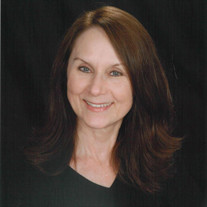 Dorinne A. Thompson, 69, of West Battle Lake, died Friday, May 14, 2021, at her residence under the care of family members and LB Hospice. Dorinne and her twin Darlene were born on January 18, 1952 in Cooperstown, North Dakota. They were the first twins to be born in Griggs County Hospital. She was the daughter of Richard and Alyce Loge and grew up on a farm near Cooperstown with a family of seven girls. She attended Bald Hill Country School for the first two years of her education. The school was a mile hike from the farm, and during winter storms Richard would harness his work horse team to give the girls a sleigh ride to the school. She graduated from Cooperstown High School, and later graduated from Concordia College in 1976 with a bachelor’s degree in business. After college, she went on to work for Honeywell in Minneapolis. Later, she moved to Williston, North Dakota and worked for Craven Hagen Clinic as an accountant. In Williston, she met her husband, Gary, and they were married December 8, 1984. They moved to Minot, North Dakota where she worked for Centennial Medical Center from 1985 to 1995. The family moved to Nebraska for two years, but then decided to move to Fergus Falls and make this area their permanent home. In Fergus Falls, she dedicated much of her life to working at Hillcrest Lutheran Academy. She started her employment with Hillcrest during 1997 in the Alumni Office for eight years and was the business manager for Hillcrest for the next eight years until retiring in 2014. Dorinne was a devoted wife, mom, and grandma. Being with family was her favorite way to spend her time. Whether she was singing with her sisters during the holidays, baking her Norwegian goodies for all to enjoy, or attending all of her kids and grandkids sporting events. To mom, family was the biggest joy in life. She was always a hard worker whether it was milking cows as a child or efforts put into the business world. She loved to play the piano in the afternoons and evenings, take a nap, get a fancy coffee, or keep an extremely clean home. Dorinne had strong faith in the Lord, and she lived this by example. She was always the first to make sure someone is feeling loved, taken care of, and the first to forgive. The love that Jesus has given to us, she displayed in her daily life. She was preceded in death by her father and mother, Richard and Alyce Loge; sisters, Ruth and Beverly Loge; granddaughter, Alyssa Mason; father and mother-in-law, Ray and Jean Thompson, and brother-in-law, Joe Risch. Dorinne is survived by her husband, Gary Thompson; children, Cory (Kathy) Thompson, Heidi Mason, Jesse (Karessa) Arbuckle, Stephanie (Nick) Pillatzke, Nathan (Chantel) Thompson; grandchildren, Logan Mason, Layton Mason, Brayden Mason, Tommy Thompson, Kayla Thompson, Chris Thompson, Kenzie Arbuckle, Livy Arbuckle, Krew Arbuckle, Caden Pillatzke, Payton Pillatzke, Madelyn Pillatzke, Amelia Pillatzke; sisters, Jean (Jake) Devries, Eileen (Lawrence) Edland, Darlene Risch, Pat Loge (Wayne), and many nieces, nephews, and grand nieces and nephews. Memorials are preferred to Hillcrest Lutheran Academy, Fergus Falls. Visitation: 5:00 p.m. – 7:00 p.m., Friday May 21, 2021, at Bethel Lutheran Church in Fergus Falls with a public prayer service at 6:30 p.m. Visitation will resume one hour prior to the service on Saturday. Funeral Service: 10:00 a.m., Saturday, May 22, 2021, Bethel Lutheran Church, Fergus Falls. Clergy: Reverend David Foss, Reverend Kevin Foss and Reverend Pete Peterson Interment: Oak Grove Cemetery, Fergus Falls, MN Arrangements are provided by the Olson Funeral Home in Fergus Falls. Online condolences may be sent to www.olsonfuneralhome.com

Dorinne A. Thompson, 69, of West Battle Lake, died Friday, May 14, 2021, at her residence under the care of family members and LB Hospice. Dorinne and her twin Darlene were born on January 18, 1952 in Cooperstown, North Dakota. They were the... View Obituary & Service Information

The family of Dorinne Thompson created this Life Tributes page to make it easy to share your memories.