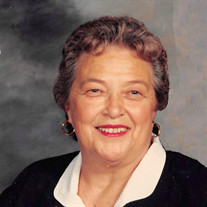 Donna Jane Harlow, 86, of Fergus Falls, died February 13, 2019, at PioneerCare Center in Fergus Falls. She was born on November 28, 1932, in Ashby, to Gilford Boe and P. Violet (Osmon) Boe. Donna’s father died when she was 4. She and her mother went to live with maternal grandparents Mens and Christina Osmon. Donna said they were as poor as church mice. Violet went to Seattle to become a wartime worker at Boeing Company. When Donna was 11 her mother married Truman Risbrudt, and at 16 she became a big sister to her only sibling, Naomi (Omi). Donna attended elementary school in Dalton and graduated from Fergus Falls High School on June 1, 1950. In high school she participated in choir, enjoyed roller skating, dancing, football games and was crowned the 1950 Regional Snow Queen. In Donna’s senior yearbook, classmates referred to her as peaches and cream, Dalton Pride, geography class pest, a really swell girl, English class gum cracker, Your Highness, honey, and the “I wish I had gotten to know you sooner” girl. Donna and Roland were married in 1951 and were blessed with 5 children. While Donna and Roland were teaching their children all about life, their children were teaching them. Donna worked at downtown’s S&L Department Store and The Children’s Shop. She also sold Avon Products. Her career as a paraprofessional for the Fergus Falls School District working in 3 different elementary schools, was her favorite. Children from her school years still remembered her when they saw her around town. Teachers and other paraprofessionals continue to share “Donna stories”. At different times in her life she was a daughter, granddaughter, mother, grandmother, great grandmother, sister, aunt, cousin, friend, crafter, dancer, golfer, card player, seamstress, knitter, and “who has the best deals this week” shopper. But the longest held role in her life was being a wife to Roland - almost 68 years. She was preceded in death by her husband Roland, who died exactly one month before her; her parents, Gilford Boe, Violet Risbrudt and Truman Risbrudt; in-laws, Harry and Annie Harlow; and all of Roland’s sisters and brothers. Donna is survived by her sister Naomi (Robert) Bowman and family; her 5 children, Vicki (David) Hanneman, Michael Harlow, Mary Rea, Christi (Neil) Brendmoen and Nancy Harlow; 6 grandchildren, Mindy (Brian), Kelsy, Jay (Samantha), Tannis (Zachary), Andrew, and Abbie (Adam); and 6 great-grandchildren, Charlie, Charlotte, Ellie, Henry, Aden, and Clyde. Memorial preferred to O.T.C. Humane Society, Fergus Falls Visitation: One hour prior to the service at the church Memorial Service: 2:00 p.m., Wednesday, February 27, 2019 at First Lutheran Church, Fergus Falls Clergy: Reverend Gretchen Enoch and Chaplain David Strom Interment: First Lutheran North Cemetery, Fergus Falls Olson Funeral Home in Fergus Falls is in charge of the arrangements. Condolences may be sent online at www.olsonfuneralhome.com

The family of Donna Jane Harlow created this Life Tributes page to make it easy to share your memories.