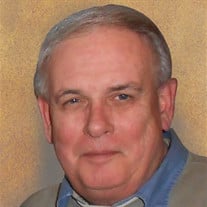 Don Balfour Donald Charles Balfour, 70, of Harwood, North Dakota, passed away on September 20, 2018. Don was born on December 23, 1947 in Fergus Falls, the first son of Donald and Phyllis (Steussy) Balfour. He graduated from Fergus Falls Senior High School in 1966. He enlisted in the U.S. Army and served in Vietnam in 1968/69. After returning stateside, Don married Marlys (Marcie) Drewlow in Breckenridge, MN in August of 1969. They made their home in the Washington D.C. area while stationed at Walter Reed Army Hospital. Their son Marc was born there in 1970. Returning to Minnesota, Don attended Bemidji State College and graduated in 1974. Don and Marcie also welcomed their second child that year, with Michelle being born on February 14th. They then made their home in the Fargo/Moorhead area and Don worked as a graphic artist at FRS Industries and Engraphix until retiring in 2010. Throughout the years of camping, fishing, hunting, kid’s sports – all of which Don loved – there was his art. He was an award-winning painter and carver who created hundreds of beautiful pieces – especially his carvings – for art lovers all over the country. He was working on a carving for his grandson at the time of his death. He was proud of all of his artwork but was most proud of the accomplishments of his kids and grand kids. He cherished time with family at their Battle Lake cabin whether fishing, birdwatching, watching a campfire or just reminiscing with family and friends. Anyone who knew Don saw the stoic side but knew he wore his emotions on his sleeve. Don was preceded in death by his mother in 1975 and father in 1989. He is survived by his wife of 49 years, Marcie, his children Marc (Sara) Balfour of Harvey, ND and Michelle (Toby) Mulholland, of Glencoe, Illinois; brothers Bruce (Jackie) Balfour of Ramsey, MN; Dave (Barb) Balfour of Detroit Lakes, MN; Jim (Rhonda) of Eveleth, MN; and grandchildren Gage Balfour and Finley Mulholland, as well as many nieces and nephews. In lieu of flowers, the family requests memorials be directed to the Minnesota Veterans Home in Fergus Falls. Visitation: One hour prior to the service Memorial Service: 1:30 pm on Wednesday, September 26, 2018 at Olson Funeral Home, Fergus Falls, MN Clergy: Chaplin David Strom Arrangements provided by Olson Funeral Home in Fergus Falls, MN. Condolences may be sent online at www.olsonfuneralhome.com

The family of Donald Balfour created this Life Tributes page to make it easy to share your memories.