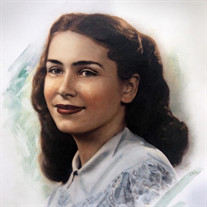 Delores L. (Harthun) Huntley, 86, of Perham, passed away January 25, 2020. She was a resident in the care of Prairie View Assisted Living in Perham, Minnesota. Hospice care was provided by Hospice of the Red River Valley. She was born March... View Obituary & Service Information

The family of Delores "Babe" Huntley created this Life Tributes page to make it easy to share your memories.