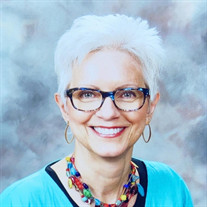 The community of Fergus Falls lost a treasured teacher on Sunday, July 25, 2021, when Dawn Audrey Koennicke passed away at her home under the care of LB Hospice at the age of 65 after a brave, 10-year epoch with breast cancer. She was born on September 26, 1955, to Albert and Marcella (Rottmann) Koennicke in Rantoul, IL. After her father’s service in the Air Force and her early years in Frazee, MN, her family would eventually plant roots in Fergus Falls, MN, where Dawn would leave her most cherished mark on this world. A prolific reader and connoisseur of literature, Dawn would spend much of her childhood years lost on adventures in the pages of her many books. A lover of cats, each stage of her life was shared by one or more of her furry friends. Dawn graduated from Fergus Falls Senior High in 1973 and then the Fergus Falls Community College in 1975 with a degree as a medical lab technician. She then embarked on real-world adventures that would take her from coast-to-coast, living in such varied locations as Washington, DC, Pleasanton, CA, Durham, NC, and Missoula, MT, before returning to her Minnesota roots and starting her most cherished adventure of motherhood. Dawn and her then husband, John Dinsmore, welcomed their first son, Samuel Dinsmore, to the world in 1983, and their second son, Joseph Dinsmore, in 1985. Dawn poured her love and her soul into this most prized of roles, and dedicated her life to motherhood until her final breath. Dawn worked in many professions over the years, from lab tech to mental health advocate to newspaper copy editor, but she found her true calling as a teacher. After earning college credits over the years from Fergus Falls Community College, Duke University, and the University of Minnesota, she eventually completed her teaching degree at Moorhead State University in 1992 and later her master’s degree. From 1992 until her retirement in 2016, education was her passion and she steadfastly nurtured and invigorated the minds of countless students. Dedicated to her calling as a teacher, she dutifully stepped into a myriad of educator roles, from the Gifted and Talented Program, to teaching roles at the elementary, middle, and high school levels, as well as online virtual education. Over the years, her classroom and office were a place of refuge, counsel, and mentorship for her many students who could always count on her compassion, advice, and a listening ear during times of need. On August 18, 2012, Dawn married her soulmate, Robert Duncan, and they filled each other’s hearts until death did them part. Dawn found her spiritual home at Bethel Lutheran Church where she cultivated her relationship with Jesus, who would eventually carry her home. Through her struggles with cancer, she was called to minister to others in need and embraced her spiritual role as a Stephen Minister after completing training in 2018. In 2015, Dawn became the proudest grandmother alive, and would have walked to the ends of the earth for her granddaughter, Ellinor, and her grandson, Henry, who brightened her soul and made her whole. She loved knitting, crossword puzzles, computer technology, English literature, opera, sci-fi, classical music, and sharing kinship with her numerous circles of friends. She is survived by her husband, Robert Duncan (Fergus Falls); parents, Albert and Marcella (Rottmann) Koennicke (Fergus Falls); sons Samuel Dinsmore (Fargo, ND) and Joseph (Kristine) Dinsmore (Fergus Falls, MN); brother Doug (Kim) Koennicke (Jupiter, FL); grandchildren Ellinor and Henry Dinsmore (Fergus Falls, MN); and countless cherished relatives, friends, and former students who carry her on in their hearts. She was preceded in death by her grandparents RW and Nora Rottmann, and grandparents Albert and Emelia Koennicke. Memorials to Lake Region Healthcare Cancer Care and Research Center are preferred in lieu of flowers. Visitation: 5:00-7:00pm Monday, August 2, 2021, at Olson Funeral Home in Fergus Falls and prayer service at 6:30pm. Visitation will resume one hour prior to the funeral service at the church. Funeral service: 2:00pm Tuesday, August 3, 2021, at Bethel Lutheran Church in Fergus Falls, MN. Please refer to Dawn’s Tribute Wall for the link to the Live Stream of the service on Tuesday. Clergy: Reverends David Foss, Rich Iverson, and Ed Monson. Interment: Trinity-Faith Cemetery, Fergus Falls, MN. Arrangements are provided by Olson Funeral Home of Fergus Falls. Online condolences may be sent to www.olsonfuneralhome.com

The community of Fergus Falls lost a treasured teacher on Sunday, July 25, 2021, when Dawn Audrey Koennicke passed away at her home under the care of LB Hospice at the age of 65 after a brave, 10-year epoch with breast cancer. She was born... View Obituary & Service Information

The family of Dawn Koennicke created this Life Tributes page to make it easy to share your memories.

The community of Fergus Falls lost a treasured teacher on Sunday,...