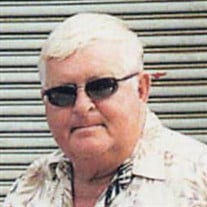 Daryl Trites,73, of Dent, passed away Friday, February 5, 2021, at Pioneer Care in Fergus Falls. Daryl Lewis Trites was born to Carl and Ieleen (Ott) Trites on October 21, 1947. Daryl attended country school and graduated from Perham High School in 1965. He furthered his education at North Dakota State College of Science in Wahpeton, ND, studying accounting. Daryl also proudly served in the United States National Guard for six years. On November 28, 1970, Daryl was united in marriage to Joyce R. Andersen at Tingvold Lutheran Church, rural Underwood, MN. Daryl was employed with the Ottertail County Highway Department for 38 years, retiring in 2004. He spent a majority of his career working out of the county shop in Dent. He was also active in the local community serving as a Dent Lion for over 40 years and served as the Gambling Manager for the charitable organization. Daryl was a true humanitarian and enjoyed giving back to the community and surrounding areas. His hard work and dedication with the Lions were recognized with the Melvin Jones Award for his humanitarian service with the club. Daryl was also a lifetime member of Maine Presbyterian Church and had a solid love and devotion to his faith and Savior. Daryl enjoyed spending time with his family and friends. He loved his summers spent camping at Elks Point near Fergus Falls and in later years at Rockin K Ranch, rural Underwood. Daryl was well known as the resident grill master and bartender, famous for his ice cream drinks. Preceding him in death were his parents, Carl and Ieleen; grandparents, Lewis & Ella Trites and Harvey and Carrie Ott; mother-in-law and father-in-law, John and Lenora Andersen; and his nephew, Lance Barry. Daryl is survived by his wife, Joyce of Dent; daughter, Carissa Trites of Frazee; sons, Brent of Fergus Falls and Darin of Frazee; grandchildren, Maggie, Ben, & Charlie Trites; sister, Cheryl (Dan) Barry; brothers-in-law, Roger (Pam) Andersen and Jeff Andersen; many nieces and nephews that he held dear; and his very special pup, Chewie. Memorials preferred to Silent Vale Cemetery, American Heart Association or American Diabetes Association. Public Walk-through Visitation: 4:00 p.m. to 6:00 p.m., Wednesday, February 10, 2021, at the Olson Funeral Home in Fergus Falls. A private family memorial service will be held at Maine Presbyterian Church, rural Underwood, MN. Please refer back to the funeral home website for a recording of the service. An outdoor Celebration of Life will be held at a later date. Clergy: Reverend Dr. C. Edward Morgan Interment: At a later date, at Silent Vale Cemetery, rural Underwood, MN Arrangements are with the Olson Funeral Home in Fergus Falls Online condolences may be sent to www.OlsonFuneralHome.com

The family of Daryl Trites created this Life Tributes page to make it easy to share your memories.