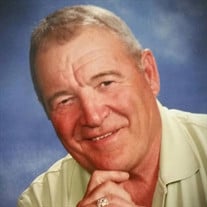 Daniel “Dan” Paul Prischmann, 70, of Fergus Falls, died unexpectedly on Tuesday, October 15, 2019, at Sanford Medical Center, Fargo, ND. He was born on January 11, 1949, in Orchard, Nebraska to Carl G. and Helen (Darr) Prischmann. After moving to Minnesota, he attended Elizabeth grade school. In 1967 he graduated from Fergus Falls Senior High where he played and was the captain of the Otter Football Team as a senior. He married his love, JoAnn Halvorson, on August 30, 1969, in Fergus Falls. He attended the Minnesota State Patrol Academy in 1972 in Minneapolis where he began his career as a Minnesota State Trooper. While in Minneapolis the couple grew their family to daughters, Jennifer and Danielle, and son Matt. They returned to Fergus Falls to take over the family farm in addition to working as a Trooper in the local region. In 1993 he earned his associate degree in business administration from Fergus Falls Community College. Dan coached Otter JV Football and Baseball Teams from 2000-2013, serving as a varsity assistant with his brother Carl. He was instrumental in the creation in 2005 of the Fergus Falls Area Youth Activities Corporation, which has brought almost all of the Fergus Falls youth sports and fine arts booster clubs together under one umbrella organization. He volunteered hundreds of hours building and managing the area youth football league, which provided a more competitive league for youth from area communities. He coached youth football players in grades 3-8, served as program director and did extensive fundraising for youth athletic equipment and facility improvements. He also was instrumental in expanding the area youth program for summer traveling baseball between 2007 and 2012. Dan served in the State Patrol from 1972 until 2004, ending his career as an investigator and accident reconstructionist for fatal and near-fatal accidents. After retirement, Dan served others as a community driver for Otter Express, and later at the local Social Security office. Dan’s professional commendations include two State Patrol Meritorious Service Awards for life-saving actions, Trooper of the Year in 1978, Outstanding Public Service Award, Minnesota Department of Public Safety Employee of the Year Award and 1990 Otter Tail County Lawman of the Year. Dan was inducted into the Fergus Falls High School Hall of Fame as a Distinguished Alumni in 2017. He also served his community through service in the National Guard, and as a volunteer with Habitat for Humanity and with his church, Grace United Methodist, both locally and on mission trips to Texas and Louisiana. Dan loved all things related to sports, hunting, fishing always for the “big one” and suitable bragging rights to follow. Most will remember his wonderful gift of gab and his talent to make even strangers feel loved. Dan lived his life to the very end as a man of humble service to God, family, church, and community. No job was too big for him to dig in and tackle. Dan was preceded in death by his parents, Carl Sr. and Helen Prischmann; in-laws, Harvey and Eleanor Halvorson; brother, Tom and sister-in-law, Patti Halvorson. He is survived by his loving wife of 50 years, JoAnn of Fergus Falls; three children, Jennifer of Las Vegas, Danielle (Greg) Buckmeier of Fergus Falls and Matthew (Jess) of Edina; his grandchildren, Aabreana, Amelia, Leighton and Henry; siblings, Carl and Diane Prischmann of Fergus Falls, and Nancy (Arvid) Morken of Bismarck, ND; sisters -in-laws, Karen Prischmann of Fergus Falls, Carolyn (Alan) Lunde of Fergus Falls, brother-in-law, Clint (Anne) Halvorson of Fergus Falls; numerous nieces and nephews, and honorary daughter and granddaughter Jen and Bella Grant of Fergus Falls. Memorials are preferred to Grace UMC Sager Brown Fund, the Prischmann Otter Football Award Fund and the Fergus Falls Youth Baseball Facility Improvement at DeLagoon Park. Visitation: Sunday, October 20, 2019, from 5:00 to 7:00 p.m. with a prayer service at 6:30 p.m. at Grace United Methodist Church in Fergus Falls. Visitation will resume one-hour prior to the service at the church on Monday. Service: Monday, October 21, 2019, at 2:00 p.m. at Grace United Methodist Church in Fergus Falls. There will be a Celebration of Life to follow the service on Monday, October 21, 2019 at the Fergus Falls VFW from 3:30 to 5:30 p.m. Clergy: Reverend John Carpenter and Reverend Lee Kantonen Private Interment: Oak Grove Cemetery in Fergus Falls at a later date Arrangements are provided by the Olson Funeral Home of Fergus Falls. Online condolences may be sent to www.olsonfuneralhome.com

The family of Daniel "Dan" Prischmann created this Life Tributes page to make it easy to share your memories.