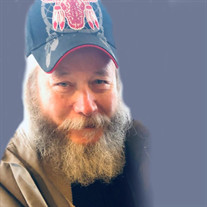 Dale Eugene Williams, 70, of Fergus Falls, died Friday, December 31, 2021. Dale was born October 25, 1951, to Julian and Viola (Kilde) Williams in Fergus Falls. He attended Fergus Falls High School, graduating in 1970. He enlisted in the US Army-MP, serving from 1971-1973 and was stationed in Fort Lee, VA. He received the National Defense Service Medal, Sharpshooter. Clark Station was his first job after honorable discharge from the US Army. He drove truck for Metz Bakery for many years, and was a seasonal beet truck driver for Minn-Dak up until a stroke in 2014, forced him to retire. He was a member of Augustana Lutheran Church where he was baptized and confirmed. Dale enjoyed bow hunting. He drove stock car out at Wee Town and received numerous trophies which he was very proud of, he loved fast cars and driving motorcycles. He especially enjoyed restoring his 1937 Indian Harley Davidson. He watched every NASCAR race. Dale enjoyed visiting with friends and family and never missed a day going to Grandma Hazel’s for a meal. He gave the best hugs, he loved his nieces and nephews and treated them like his own. In his later years he enjoyed trips to the casino. Preceding him in death were his mother, Viola Williams; father, Julian Williams; grandparents; sister, Deane Williams, and numerous beloved cats throughout the years. Dale is survived by his brother, Dean Williams of Fergus Falls; sisters, Julie Sonju of Alexandria and Diane (Richard) Armstrong of Fergus Falls; nieces and nephews, Jeremy (Jennifer), Jude (Misty), Amanda, Janel (Craig), Andrea (Bryce), Andrew, and Alex; great-nieces and nephews; brother-in-law, Al Sonju, and numerous cousins and friends. Celebration of life: 11:00 a.m. Tuesday, January 4, 2022, at the Olson Funeral Home, Fergus Falls, MN, with visitation one-hour prior to the service at the funeral home Interment: Bethlehem Cemetery, Fergus Falls, MN Arrangements provided by the Olson Funeral Home in Fergus Falls. Online condolences may be sent to www.olsonfuneralhome.com

The family of Dale Williams created this Life Tributes page to make it easy to share your memories.