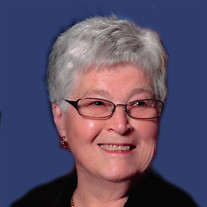 Beverly Ann Klawitter Tenneson, 86, died Wednesday, September 4, 2019 at Woodland Lodge in Fergus Falls. Beverly was born on August 6, 1933, in Hutchinson, MN to her parents, Carl and Louise Henke. She was baptized September 3, 1933 and confirmed in her faith April 14, 1946, at Peace Lutheran Church in Hutchinson. Bev attended Hutchinson High School. She worked in her father’s café (Henke’s Café) for several years while going to school. Bev married Oliver Klawitter August 26, 1951, at Camp Rucker, AL. They were united by Carl A. Almer the Division Chaplin. After Ollie was discharged, they moved back to Hutchinson and farmed in West Lynn Township and Bev again went to work at her father’s café. Bev also worked at a variety of places in Hutchinson, including Burns Manor nursing home, Heil Drug, Tiny Tiger, and Hutchinson High School where she was known affectionately, as the “snack bar lady.” In 1975, Bev and Ollie moved to Battle Lake with their two boys. She later moved to Fergus Falls, where she was employed by Tradehome Shoes for seven years and at Herberger’s where she retired in 1997 after 14 years of service. Bev was very active in her church in Hutchinson (Peace) Faith and Trinity in Fergus Falls. Bev served as Sunday school teacher, young people’s consular, choir director, choir member, VBS teacher, and directed the Half Notes. Bev also was a member of Alter Guild, LWML, Circle, and Greeters. She was currently a member of Trinity Lutheran Church in Fergus Falls. She was a happy, caring person who gave of herself freely. From Cub Scouts to Girl Scouts and all those things in between, she gave with a smile on her face. Bev loved her family, spending time with her children and grandchildren always brought the biggest smiles to her face. Bev loved anything outdoors, from fishing and camping to gardening and weeding, if she could do it outside, that’s where you would find her. After her Lord and her family, Bev loved music, participating in anything that music had to offer; dance, band, piano lessons, church and school choirs, and she sang many solos to the Grace and Glory of God. On November 29, 2009, Bev married James Tenneson, 18 years after Ollie’s death. Jim and Bev shared nine plus happy years together. Bev was preceded in death by her husband, Oliver on May 2, 1991; her parents, Carl and Louise Henke; brother, Milburn Henke; sister-in-law, Iola Henke, and nephew, Gary Henke. She is survived by her husband, Jim Tenneson; brother, Eugene (Millie) Henke of Chaska, MN; children, LaCinda (Mark) Benton of Yuma, AZ, Michael (Kim) Klawitter of Underwood, and Randy (Julie) Klawitter of Underwood; grandchildren, Andy (Dani) Klawitter, Lincoln (Maria) Benton, Amy (fiancé Jesse) Klawitter, and Jenni Klawitter; great-grandchildren, Patrick Benton and Leo KC Klawitter, along with numerous nieces, nephews, and friends. Blessed be the memory of Bev Tenneson. Visitation: one hour prior to the service at Trinity Lutheran Church, Fergus Falls. Service: 2:00 p.m. Monday, September 9, 2019 at Trinity Lutheran Church, Fergus Falls. Clergy: Reverend John Christensen Interment: Trinity-Faith Cemetery, Fergus Falls Arrangements with the Olson Funeral Home. Online condolences may be sent to www.olsonfuneralhome.com

The family of Beverly Klawitter Tenneson created this Life Tributes page to make it easy to share your memories.