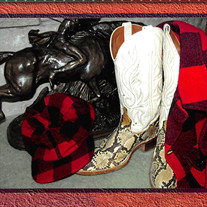 Archie Joseph Miller, 101, a resident of Fergus Falls, died Monday, April 16, 2018, at his home under the care of LB Hospice. He was born on March 26, 1917, to James C. and Mary (Klug) Miller, on a farm near Pisek, ND. Archie was the oldest son of four other siblings: Beatrice, James, Dorothy, and Ralph. At an early age, his family moved to Brocket, ND, where they became long-time residents. Archie and his brothers were put to work by their father when they were very young boys. Through the years, the Millers operated a lumber yard, hardware store, harness shop, and managed a Ford dealership. By the time he was 12 years old, Archie had sold his first car, a Model A Ford. Archie had many fond memories and many, many stories to tell about growing up during the depression in a small town in North Dakota. After being honorably discharged from the United States Army in 1942, he met and later married the pretty school teacher, Virginia “Velva” Johnson, in 1944. They made their home in Brocket along with their two children until 1958. At that time, Archie sold his lumber yard and the family moved to Fergus Falls, MN. After building their home on Lakeview Drive, Archie was restless and looking for more challenges. Business was his passion, so he started two ice-cream stores, three shoe stores, Fergus Surplus and Lumber, and in 1971, the legendary store that carried his name, “Archie’s Place”, in Dilworth, MN. The public side of Archie could be seen as a maverick, charismatic, flamboyant, and driven. However, more important to him than any business success was his relationship to God, feeding the poor and hungry, giving to those in need, keeping his wife Virginia in her home until her passing, and the love and concern for his family. He was a member the American Legion, and a former member of the Elks, Eagles, and Knights of Columbus. Archie had also served as Mayor of Brocket, ND. Preceding him in death were his parents, J.C. and Mary Miller; wife, Velva in 2012; sister, Dorothy (Ken) LeDuc; brother, Jimmy (Marion) Miller. Survivors include his daughter, Beverly Miller of Fergus Falls; son, Gary Miller (Trish Parish) of Palm Harbor, FL; four granddaughters; nine great-grandchildren; one great-great grandchild; brother, Ralph (Gen) Miller; sister, Beatrice (Paul) DuCharme; his devoted care-giver, Elizabeth Pederson; as well as many nieces and nephews. Yes, there really was an Archie! If you ever had the chance to meet him, you would never forget him. Visitation: One hour prior to the service at the church Mass of Christian Burial: 11 a.m. Wednesday, April 25, 2018, at Our Lady of Victory Church in Fergus Falls, MN Clergy: Father Alan Wielinski, Father Tim Wenzel, Deacon Chuck Kampa Private Family Interment: St. Joseph Cemetery, Brocket, ND Arrangements are provided by the Olson Funeral Home in Fergus Falls Online condolences may be sent to www.OlsonFuneralHome.com

The family of Archie Joseph Miller created this Life Tributes page to make it easy to share your memories.