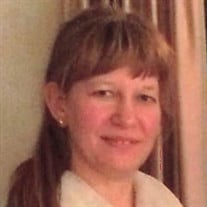 Angela Joy Juven, 49, of Fargo, died Tuesday, December 22, 2020 at her residence in Fargo, ND. Angela was born on December 6, 1971 in Fergus Falls, the daughter of Reginald and Janice (Bjore) Juven. She was baptized at Aastad Lutheran Church on December 25, 1971 and was confirmed at Bethlehem Lutheran Church on Reformation Sunday in 1987. She attended school in Fergus Falls, was active at church and participated in 4-H and Blue Birds Girl Scouts. During high school she was involved with band and played flute in the marching, concert and pep bands. She graduated from Fergus Falls High School in 1990, and continued her education at Fergus Falls Community College, graduating in 1992 and in 1994 she graduated from MSUM in Moorhead with a business degree. She was currently employed by Cognizant (Pepsi America), where she had worked for many years. Previously she worked at a hotel and in Customer Service at a bank. Angela loved to travel with her mom, who was also her best friend. She was an avid “Me T.V.” fan in her spare time and loved her pets, especially her kitties and collie dogs. Angela will be remembered as a selfless and caring person. Preceding her in death were her grandparents, Ole and Clara Juven, James and Mildred Bjore; uncle, Marlin Bjore and cousin, Darren Evenson. Survivors include her parents, Reginald and Janice Juven of Fergus Falls; brothers, Jerry (Sarah) Juven of Fergus Falls, Scott (Denise) Juven of Fergus Falls, Tim (Crystal) Juven of Battle Lake; nephews, Joshua (Britney) Juven and their children, Owen, Oliver and Henley and Mathew (Sarah) Juven and their children, Daisy and Archer. Also surviving are many aunts, uncles and cousins and friends. Public Walk-through Visitation: 4:00 p.m. to 6:30 p.m., Wednesday, December 30, 2020, at the Olson Funeral Home in Fergus Falls. Visitation will resume one hour prior to the service at the church. Funeral Service: 2 p.m. Thursday, December 31, 2020 at Zion-Sarpsborg Free Lutheran Church in Dalton. The service will also be Live-streamed. Please refer back to the funeral home website and Angela’s Tribute wall for a link to the Live-stream. Clergy: Reverend Mark Johnson Burial: Zion Lutheran Cemetery, Dalton, MN Arrangements are provided by the Olson Funeral Home in Fergus Falls.

Angela Joy Juven, 49, of Fargo, died Tuesday, December 22, 2020 at her residence in Fargo, ND. Angela was born on December 6, 1971 in Fergus Falls, the daughter of Reginald and Janice (Bjore) Juven. She was baptized at Aastad Lutheran Church... View Obituary & Service Information

The family of Angela Joy Juven created this Life Tributes page to make it easy to share your memories.